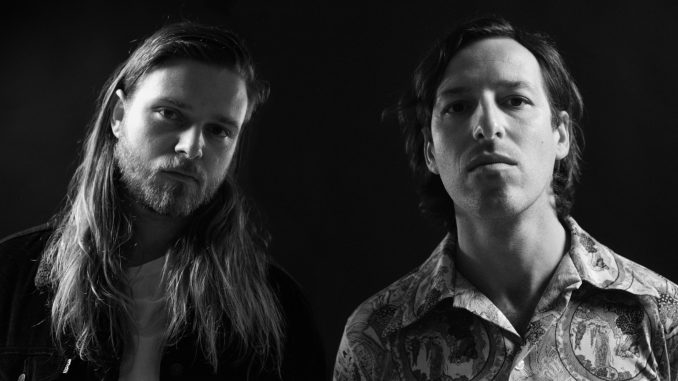 A big, crisp and sonically beautiful piano line introduces the universe of the single “Take Shelter”, and adds a new element to the emotive and cinematic signature sound of the Australian/Danish alternative-rock duo. Palace Winter are back in style. “Take Shelter” is a death ballad about grief, confronting death and the shelters we build for ourselves as a way of coping with loss.

“It started with that beat and Caspar’s piano riff which felt kinda urban and like a place we hadn’t really explored yet. Then that droney vocal melody just kinda popped straight into my head. I felt the urgency immediately and knew it was a keeper. Some songs are like pulling teeth but this one was like a light-bulb moment.”

On May 4th Nowadays is released; an album dealing with mortality, the human condition and the challenges of being present in life in a world full of distractions, with songs that swell between tender ballads and high-energy melodies with big and floating keys, insisting beats and melodic rhythmic guitar lines.

Palace Winter are Copenhagen-based Australian Carl Coleman and Dane Caspar Hesselager and Nowadays is the follow-up to the duo’s debut album Waiting For The World To Turn from 2016. An album which set the band off touring across Europe, gained them a dedicated fanbase around the world as well as praise from BBC Radio 6 Music, KEXP, KCRW, The Guardian, The Line of Best Fit and countless others.