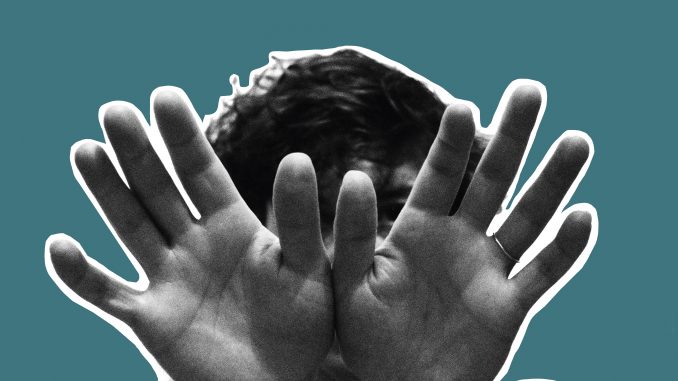 Tune-Yards’ magnum opus will arrive on 19th January in the form of new album I can feel you creep into my private life. Thematically, the 12 new songs tackle race, politics, intersectional feminism and environmental prophecies head on. But in the billows of intense subject matter, the album arrives as Tune-Yards’ most immediate and upbeat music yet – this is Tune-Yards’ music to dance to.

Today, Tune-Yards reveals the new song ‘Look at Your Hands’. Bandleader Merrill Garbus had this to say about the song: “Yes, the world is a mess, but I’ve been attempting to look more and more inward: how do all of these “isms” that we live in manifest in me, in my daily activities, interactions?

Some of the ’80s throwback production came from wanting the vocals to sound robotic, maybe to counter the sincerity of the lyrics. I started sampling my vocals in an MPC which I’ve wanted to do for years, and there was something that felt really right about my voice being trapped in a machine.”

On I can feel you creep into my private life, Tune-Yards is officially a duo. Garbus is joined by long-time collaborator Nate Brenner who produced and wrote the album together with lyrics by Garbus. Tune-Yards worked with a mixer Mikaelin “Blue” Bluespruce (Solange, Kendrick Lamar). Much of the album was recorded at Tiny Telephone Oakland, in Oakland, CA and mastered in Harlem, NY by Dave Kutch (Jay-Z, Chance the Rapper).

Tune-Yard’s previous album 2014 Nikki Nack was one of the most well received of that year, and since its release there have been high-profile collaborations with legendary musicians David Byrne, Laurie Anderson and Yoko Ono, as well as penning the standout track, ‘Action,’ from Mavis Staples’ 2016 Livin’ on a High Note album.

Tune-Yards has confirmed a North American headline tour beginning on 15th February, 2018, including shows at Oakland’s Fox Theater and concluding at NYC’s Brooklyn Steel. This November and December, they will preview material from this record in a series of seven intimate shows on the east and west coasts. A limited ticket presale is currently underway, with all shows going on sale to the public this Friday, October 20. Please visit tuneyards.com for more information.