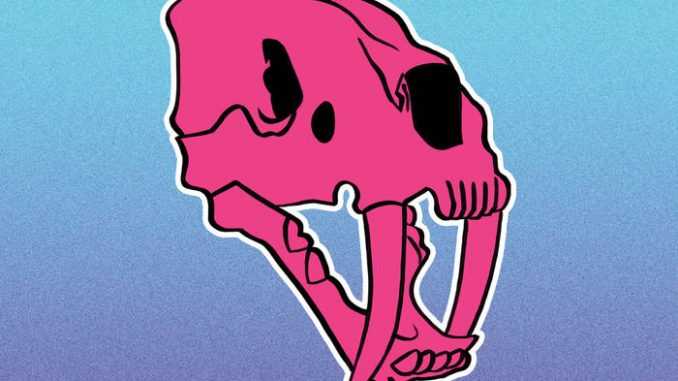 ROSE TIGER is the brainchild of French artist Wendy Killmann, a young man who dreams of a parallel world where humans coexist with dinosaurs and whose musical taste is inspired by 80’s British new-wave (Tears For Fears, Depeche Mode…), 90’s video games (Final Fantasy VII, Pokémon Blue…) and favourite Manga theme music from his childhood (Dragon Ball Z, Gundam Wing…).
His first EP/Comic titled « From Top To Bottom » will be released November 17th along with an 8-page comic book by famous Instagram artist Sibylline Meynet. A video for the song ‘Submarine (Where Have You Been?) will be released on the same day as the EP.

ROSE TIGER: It’s my first EP and I play every instrument on it. I also wrote it all by myself. The lyrics are connected to a fictional story that I am currently writing and that I’d like to release someday as a comic book. In the booklet of the EP (attached), you can see a preview of the story in the comic mentioned above by French artist Sibylline Meynet.