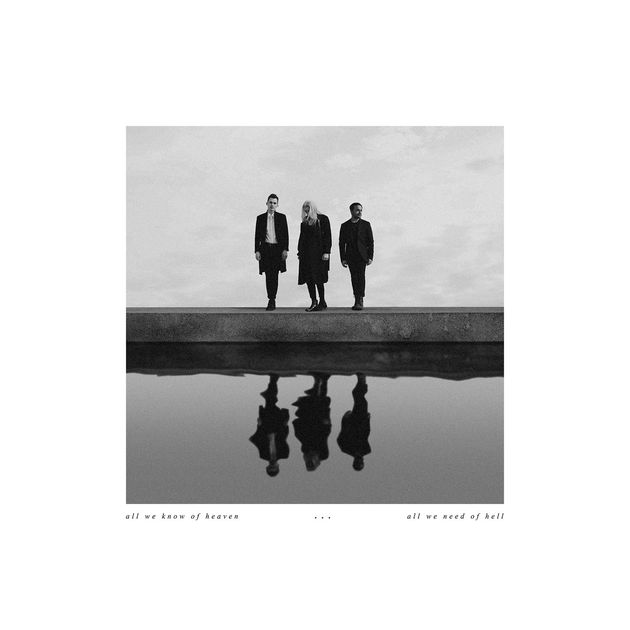 VIDEO FOR ‘HALF’, 3RD TRACK TAKEN FROM NEW ALBUM ‘ALL WE KNOW OF HEAVEN, ALL WE NEED OF HELL’ OUT 25TH AUGUST

PVRIS have announced their highly anticipated album, ALL WE KNOW OF HEAVEN, ALL WE NEED OF HELL will now be released on 25th August.

“We’re excited for you all to hear AWKOHAWKOH but due to some last-minute production tweaks, we have to move the release date to August 25th. We appreciate your patience and promise it will be worth the wait” says the band.

PVRIS recently debuted a video for “Half” which was directed by collaborator Raul Gonzo alongside PVRIS vocalist Lynn Gunn.

“Half” follows the stunning videos for “What’s Wrong” & “Heaven” which have over 2.6 million views to date. All tracks are available as instant downloads by clicking HERE to pre-order ALL WE KNOW OF HEAVEN, ALL WE NEED OF HELL ahead of its August release. Pre-order bundles featuring white and smoke-colored vinyl are also available – click HERE for details.
Fans can catch the band performing the songs live during their upcoming headlining tours in both the US & UK (shows below). The band (Gunn, guitarist Alex Babinski and bassist Brian MacDonald) has also announced that a portion of every ticket sold will be donated to The Ally Coalition in support of LGBTQ equality. Tickets and info are available at PVRIS.com.
PVRIS were recently featured as the face of Spotify’s “New Noise” playlist and just performed at the Hangout Festival. Their extensive road plans include shows in Australia later this week and festivals both here and overseas, including Reading and Leeds, Summerfest and more. They’ll also be sharing the stage with Blink-182 on July 31st at Artpark in Lewiston, NY. They’re currently touring arenas with Muse and Thirty Seconds To Mars.
With ALL WE KNOW OF HEAVEN, ALL WE NEED OF HELL, PVRIS will look to build upon the success of previous release White Noise and a collection of songs that’ve amassed over 128 million Spotify streams and close to 36 million YouTube views to date. They’ve performed on “Jimmy Kimmel Live!,” were spotlighted on “Last Call with Carson Daly,” toured arenas with Fall Out Boy, hit No. 1 on Billboard’s “Emerging Artists” and “Trending 140” charts, launched a headline tour that saw them play to packed-house crowds around the world and were the talk of SXSW after an MTV Woodies performance and a set for the TUMBLR “Planned Parenthood” event, which USA Today called “the hottest ticket at SXSW.” NME called them “a rock sensation,” Spin dubbed them a “breakout band,” MTV described them as “the best thing since sliced bread” and the Huffington Post called Gunn “a force that cannot be denied.”