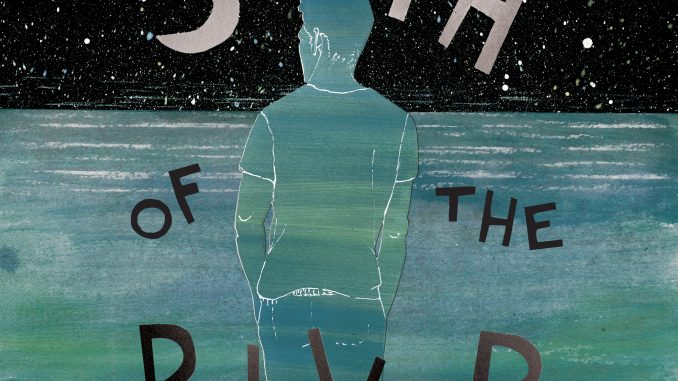 Today, Tom Misch releases his new single ‘South of The River’ which was premiered last night via Annie Mac.

With its string arrangements mirroring disco synth stabs and a funky bass line, it’s an irresistible bop that nods clearly to Misch’s danceable new direction. He has lived in South London all his life, and he loves it so much that his single is dedicated to it. “I much prefer the general vibe of south London,” he says. “I love this area, Peckham, Dulwich, Forest Hill. Singing that line — You should come south of the river — it just felt really good.”

Tom began teasing fans with clips of early versions of ‘South of The River’ on his Instagram profile which led to a keys player from New York called Rob Araujo recreating his own version. He ended up playing the solo over the top of the song and uploaded it to his own profile which caught the attention of Tom and subsequently made it on to the final version of ‘South of The River’.

South London is bursting with creativity, new artists are refusing the conventional music industry model – they’re collaborating and releasing freely, driven by the power of the internet. Tom is part of a truly exciting scene which also includes rising stars such as, Loyle Carner, Carmody, Jordan Rakei, Zak Abel, Laura Misch & Poppy Ajudha. Tom’s music has been championed by an eclectic array of supporters – from one of YouTube’s biggest dance music channels, Majestic Casual, to the likes of Zane Lowe, Annie Mac, Huw Stephens, Clara Amfo and Jaden Smith. Plus, there’s the fact that Tom has earned the reputation as one of the best UK producers following remixes and reworks for the likes of Lianne La Havas, Mos Def and Busta Rhymes.

Tom is due to perform at his headline show at Somerset House for Friday July 14th as part of the Summer Series, where he will perform alongside the likes of Norah Jones, Goldfrapp, Warpaint etc who are also headlining their own dates. Tom Misch recently released his eclectic project ‘5 Day Mischon’. Recorded over a period of five consecutive days in his bedroom, the project saw Tom collaborating with the likes of Carmody, Novelist, Will Heard and more. Daily impromptu sessions were both documented and live streamed forming the ‘5 Day Mischon’ project. The artwork for the project was realised by Tom’s mum Carol who has created imagery for many of his releases to date (Inc. SOTR)

Last year Tom unveiled the gorgeous video for his single ‘Watch Me Dance’, lifted from his EP ‘Reverie’. Before this he finished his first international, headline and sold out tour. The European leg of the tour included The Village Underground which sold out in a mere minute. Having self-released all music to-date (Beat Tape 1, Beat Tape 2 and Reverie), multi-instrumentalist Tom Misch has built an auspicious online fan base which includes 174,000 on Soundcloud, 92,000 across Facebook, 54,000 via Instagram, 27,000 on Twitter and an impressive 80 million streams across Spotify.

Tom’s music is an intrepid and invigorating adventure in sound, bursting with inventiveness. The ‘Reverie’ EP was the most definitive moment of his career to date, foreign and colourful arrangements enticed even the most casual listener. “The reverie EP is a result of me wanting to take slightly more of a role as a songwriter and singer. It’s the first release I sing on every track and hopefully indicates the direction I want to go for my debut album,” says Tom about the EP. ‘Crazy Dream’ with Loyle Carner featured on the BBC ‘In New Music We Trust’ playlist and has been streamed over 12 million times, with the video also racking up huge numbers.