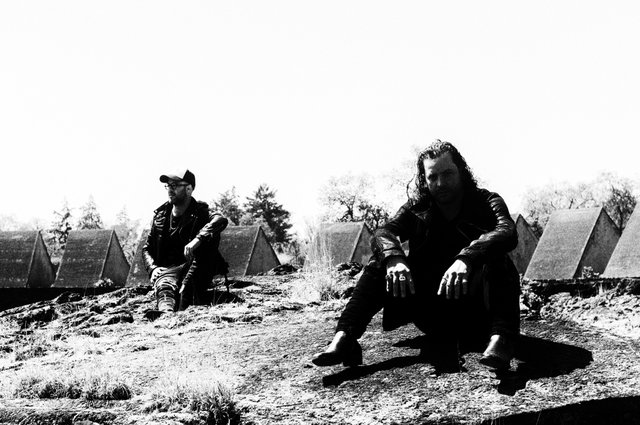 Genkaku is the follow-up to LFH’s 2016 debut, Kōfuku, a record lauded as “metal for a dying world” and “vividly of its time” by Consequence of Sound. Doomier and boasting bigger hooks, Genkaku is more riff-filled than the post-metal shoegaze of its predecessor, overflowing with tectonic guitar dirges and darkly intense music-as-mood.

According to The Obelisk, “These sonic personae form a circle around Low Flying Hawks‘ initials-only core of vocalist/guitarist/bassist EHA and bassist/guitarist/vocalist AAL, who’ve successfully managed to keep their own identities obscure while letting the focus be on the breadth of their sonic output — a clear and purposeful choice.”

“Listeners enter a state of trance and confusion,” AAL and EHA offer. “Pounding guitars full of sludgy undertones fill Genkaku from beginning to end, building to a sinister and almost out-of-body experience. It’s ideal for those who are willing to let go and hand over control to this hallucinating monster of a record.”

Dale Crover adds, “It was great recording with Low flying Hawks. Their psychotic, psychedelic, mind-bending compositions will take you on a journey through your inner space.”