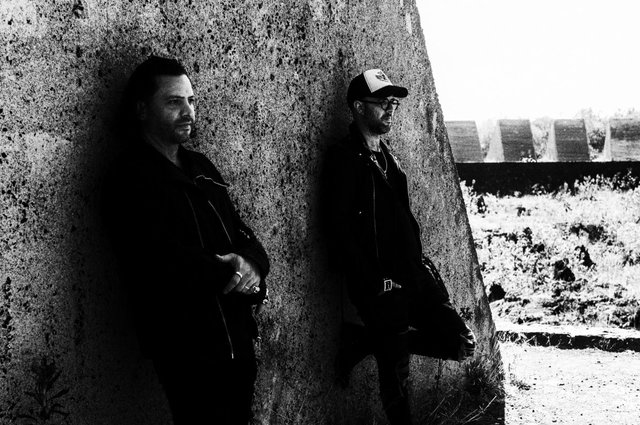 Featuring drummer Dale Crover (The Melvins) and bassist Trevor Dunn (Mr. Bungle) alongside songwriters and multi-instrumentalists EHA and AAL, Genkaku is the follow-up to Low Flying Hawks’ 2016 debut, Kōfuku, a record lauded as “metal for a dying world” and “vividly of its time” by Consequence of Sound.

Decidedly heavier and boasting bigger hooks than the debut, Genkaku is more riff-filled than the post-metal of its predecessor, overflowing with tectonic guitar dirges and darkly intense music-as-mood.

According to The Obelisk:
“These sonic personae form a circle around Low Flying Hawks‘ initials-only core of vocalist/guitarist/bassist EHA and bassist/guitarist/vocalist AAL, who’ve successfully managed to keep their own identities obscure while letting the focus be on the breadth of their sonic output — a clear and purposeful choice.”
AAL and EHA offer:
“‘Smile’ is a song about looking forward when all is falling apart It’s about resilience and the power of the human mind, how one thought can make it all black and the next one can light up the sky.”
“Heavy without being oppressive, and challenging without making demands. Sit back, close your eyes, and let it overwhelm your senses.” – NOISEY