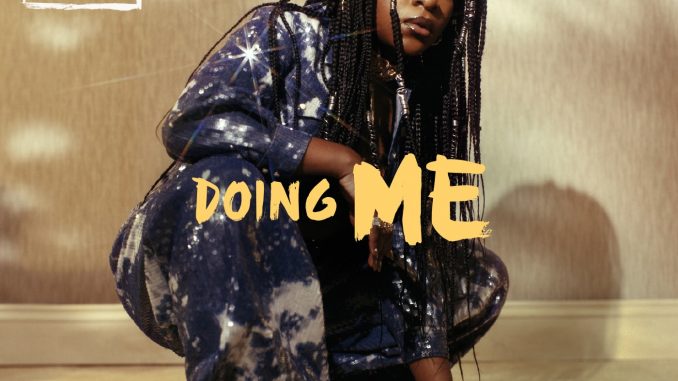 BBC Music Sound of 2017 winner RAY BLK returns with the release of her new single ‘Doing Me’, Listen HERE. The track was premiered last night via MistaJam and is available across all Digital Service Providers.

Produced by Jimmy Napes (Sam Smith, Mary J Blige), ‘Doing Me’ is a feel good track about being comfortable with yourself, owning your own style and not letting negative comments affect self confidence. With its upbeat tempo and signature RAY vocals, the song is sure to be an empowering anthem for many this summer.

‘It’s about being yourself no matter what and not caring about judgement. People are going to judge you whether you do bad or good so you have to do you regardless!’ RAY BLK

Delivering the honesty of rap music, with her unique blend of soul and R&B spirit, ‘Doing Me’ follows RAY’s breakout single ‘Patience (Freestyle)’ which arrived to critical acclaim as she was crowned the winner of the BBC Music Sound of 2017. Late 2016 saw the release of her project ‘DURT’, a dynamic body of work featuring ‘Chill Out’ Ft. SG Lewis, ‘My Hood’ Ft. Stormzy, ‘Gone’ Ft. Wretch 3 as well as ‘5050’.

Last year RAY delivered a truly epic performance of ‘My Hood’ on BBC 2’s Later… with Jools Holland. She was also nominated as Best Newcomer at The MOBO Awards and featured on MTV’s Brand New for 2017 annual list. With three sold out London shows under her belt (Village Underground/Hoxton Bar & Kitchen/Bush Hall), RAY also supported Emeli Sande on her latest UK & European tour.

She will kick off her US tour later this week followed by a string of UK and European Festival dates.