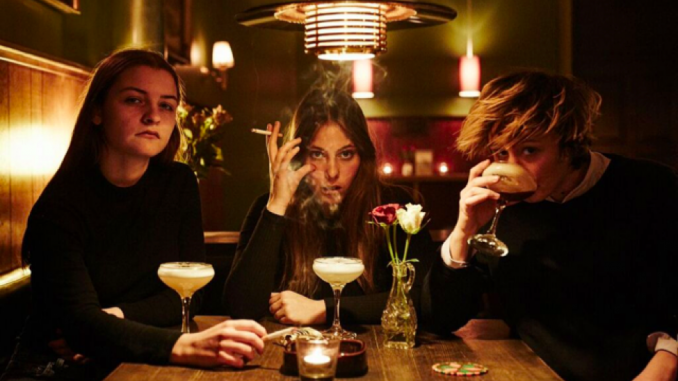 Danish trio Baby In Vain announce the release of their long-awaited debut album More Nothing, out August 25th via Partisan Records. They have shared More Nothing’s incendiary opening track ‘To Heaven and Back’, has all the ingredients of a classic Baby In Vain track – razor sharp riffs, sardonic lyrics and an unpredictability that is wholly their own.

Listen here ´To Heaven and Back´

Recorded in just 11 days in Eve Studios with producer Rob Ellis (PJ Harvey, Scott Walker, Bat For Lashes), Baby In Vain’s first record More Nothing is a riotous journey, treading a fine line between seasoned accuracy and youthful urgency. Where tracks from their acclaimed 2016 EP For The Kids often dealt with fantastical lyrical themes, More Nothing feels more personal and more real. However, there’s still a playfulness to all that they do and though a battle between light and darkness wages throughout the album’s 11 tracks, the sheer power of their songwriting casts away any gloom.

Fronted by the dueling guitars of chief songwriters and vocalists Andrea Thuesen Johansen and Lola Hammerich and brought together by the powerful, off-kilter drums of Benedicte Pierleoni, the three friends have been creating hugely impactful rock music since forming when they were still at school. Having perfected their craft sharing stages with luminaries such as The Jesus And Mary Chain and The Kills (Alison Mosshart handpicked the band to join them on US and UK tours), Baby In Vain have refined their sound to a near perfect precision.