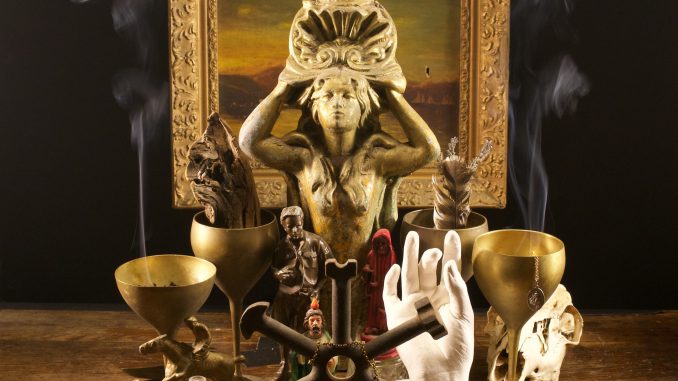 “It was like a fever dream. Every day counting blessings for safe passage.” Out there on the road with his battered guitar, playing 260 shows in just the last year and half, across 46 states and 14 countries, acclaimed troubadour Christopher Paul Stelling says he could see it all out there unfolding on the horizon.

Amidst the euphoria of playing in bars, cafes, theaters, festivals, under bridges and in living rooms, were late night conversations with friends, new and old, about the under-currents of tension and change in their countries and concerns about what was happen-ing back in his own. He witnessed immigrant riots, saw the fires burning. “Back in places like New York or Los Angeles it was harder to see,” he says,”But go the a Walmart in Oklahoma and tell me this wasn’t coming.”

And so Stelling wrote songs about it all. Darkly beautiful and powerful songs which be-came the album Itinerant Arias which arrives on May 5th. Months ago, these songs seemed cynical, even paranoid. After all, everything was going to be fine.

“I wrote this album about something that hadn’t happened yet, and now it’s happened,” he says. “I played the songs for people and they said, ‘That’s not what’s going to hap-pen.’ And I would tell them, it really is. I’m not patting myself on the back about it. But I had been out there traveling the world, seeing it building. When driving by refuge camps and seeing people behind barbed wire fences it breaks you.”

Last November, Stelling premiered a politically charged and eerily prescient protest song from the album called “Badguys.” Now you can hear the lead track “Destitute.” Stelling refers to it as a “salvation song.” He explains, “It’s a song about putting one foot in front of the other, about looking up… i think it’s cheerful, a nice place to start. I don’t feel that way everyday, but you know, on some days I do. And it’s good to start off the record that way because then it goes to some pretty dark places.”