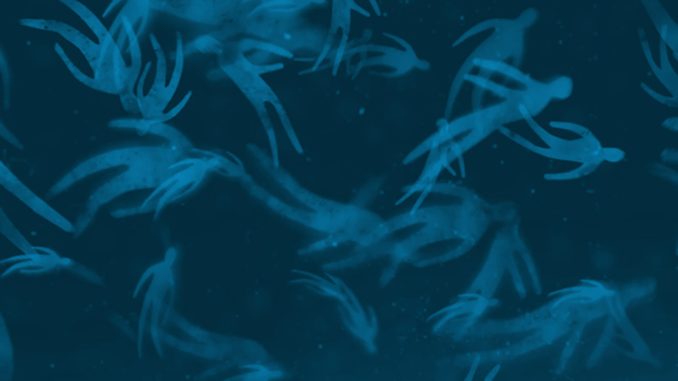 It’s just two months since the much beloved band revealed their return with news of their signing to a new label, veritable indie Dead Oceans, and slew of live shows which quickly sold out. Those are now, unfortunately, being reassessed while Covid-19 safety measures are in place. While 2020 touring plans are being rearranged, the music continues.

“Forced Convalescence” finds Conor Oberst at his world weary best, picking apart the human condition and struggling to reconcile the past with whatever the future holds. All from the comfort of his bed. The slick, near-joyous sounding fever dream grows into a rich and languid swirl with help from a gospel choir. This may be as close to a Rat Pack-era lounge singer as Oberst has ever come. Albeit one with a head full of prose and existential angst.

Secretly Canadian is proud to introduce their new signing, Skullcrusher, the project of LA-based songwriter Helen Ballentine. Today, she announces her debut, self-titled EP, out June 26th, and presents its lead single/video, “Places/Plans.” Skullcrusher is, by all accounts, an exploration of the ways you become yourself when you aren’t looking – a hushed celebration of the tiny, understated subtleties that culminate into self-realization. On the “Skullcrusher” EP, Ballentine offers an airy, intense, and unflinchingly open collection of songs written about – and from – one of life’s in-between gray areas and the subsequent search for identity.

Ballentine has been playing music for most of her life — piano from age five, guitar since high school — but her songwriting didn’t emerge until later. After moving from her home in upstate New York to Los Angeles to study studio art in college, a trajectory she had been on since she was a teenager, Ballentine quit her full-time gallery job. Suddenly faced with a peculiar freedom, she decided to seriously pursue music for the first time.

The four dark, dreamy songs on the “Skullcrusher” EP, which she worked on alongside producer Noah Weinman, were influenced by a strange-but-fitting amalgamation of media consumed in the immediate aftermath of quitting her 9-5. There’s Nick Drake, ambient electronica, and Valerie and her Week of Wonders, the Czech new-wave film that went on to inform Skullcrusher’s aesthetic. There’s Ballentine’s love of fantasy and surrealism, her appreciation of the way fantasy novels juxtapose beauty and violence (perhaps a nod to her unusual moniker, as well).

While nannying on the side to make ends meet, she wrote “Places/Plans,” her first song for Skullcrusher, a little over a year ago. “Places/Plans” floats with soft guitar and Ballentine’s hypnotic voice, inviting the listener into the depths of her personal, intense solitude. Its accompanying lyric video, directed by Ballentine, stitches together clips of Ballentine performing many of the daily activities and routines that one might find solace in during a time of isolation and self-reflection, while bravely offering a peek into that solitude.

“I thought a lot about my self-worth during this period of uncertainty,” says Ballentine. “‘Places/Plans’ attempts to communicate the beauty and vulnerability of being alone and what it means to let someone else in to see that. It feels like the thematic core of the EP. It is a song for being alone in your room, lying on the floor with a book and the window open, but also for letting someone in to lie with you.”

As Skullcrusher, Ballentine is decisive and immediate with the way she uses a sparse arrangement, fitting minimal sounds together in a way that creates a fuller space. “Skullcrusher” EP’s understated energy radiates with the atmosphere of waking up to the quiet terror of shapeless, structureless days, but it finds power in eschewing the pressures of careerism and a vapid culture of productivity. Instead, as Skullcrusher, Ballentine has the audacity to be comfortable enough with herself, and to simply accept the unknown as her life.