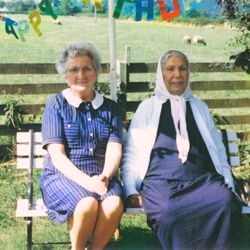 “Glass Jelly’” the second single taken from Dauwd’s forthcoming LP “Theory of Colours”, will see its release on Ninja Tune imprint Technicolour Records this 10th May. Not unlike the rest of the album, whose sonic themes were constructed under the notion of restriction and the freedom found through establishing intentional limits, “Glass Jelly”, with its tight, barely-there baseline and consistent breaks sprinkled throughout, is intentionally minimal yet strikingly loose. Nearly shimmering at moments, the track subtly builds on itself; its pingy synths ricochet like remnants in the background and its distorted melody recalls both hazy early 90’s Chicago basements and the tubey, lo-fi house sound that’s broken through as of late. At its core, “Glass Jelly” easily transcends both and instead embodies the title itself– a fluidly sharp and discerning tune that sticks out among a collection of already stellar tracks featured on “Theory of Colours”.