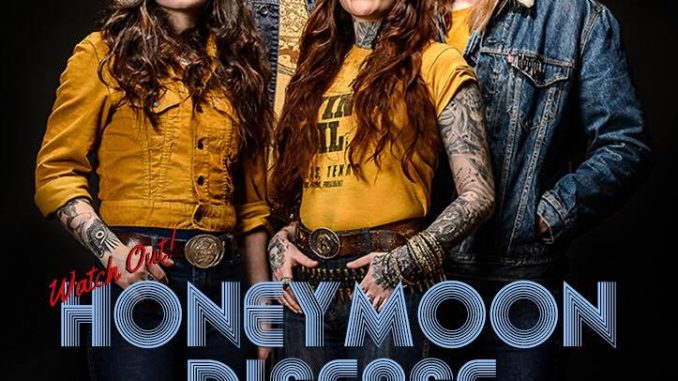 Honeymoon Disease just released their cover of American soul legend Eddie Floyd’s track ‘Big Bird’. The track is the B-side from the bands upcoming 7″ releases ‘Electric Eel’ that will be released 2nd of May on The Sign Records. The 5th of may the band will kick off their tour of Spain and will later this summer head into the studio to record the follow up album to their debut ”The Transcendence” (Napalm Records). The ‘Electric Eel’ 7″ will be released the 2nd of May on physical format.

Pre-order are available now through Freight Train.
7” available in bundle with patches and t-shirts.

Honeymoon Disease is a speedy rock’n’roll quartet from Gothenburg, Sweden. With burning guitar riffs and some sweaty 70’s grooves, this band’s high voltage stage performance will give you a colorful punch right in the face – A glowing black eye with a taste of bands like Thin Lizzy, The Hellacopters and Kiss.

Honeymoon Disease was formed 2014 and only one year after the start they released their debut album ‘The Transcendence’ (Napalm Records). A well acclaimed debut record which put the band on full throttle and they have been rolling and rocking all over Europe – touring and supporting acts like Imperial State Electric, Graveyard, The Shrine, Horisont and The Vintage Caravan.