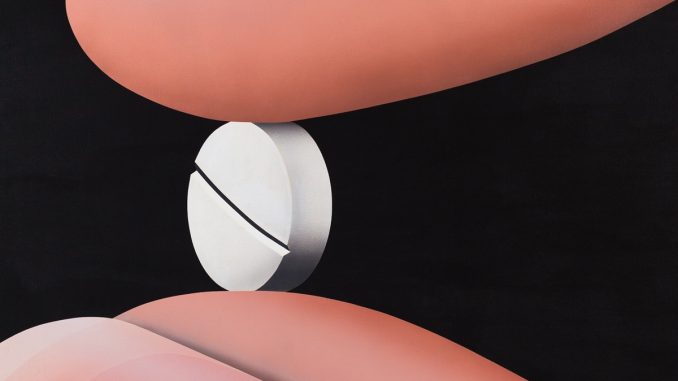 On their new album II, L.A. Takedown align the moody grandeur of a film score with the pure melodicism of pop. Led by Los Angeles-based composer/multi-instrumentalist Aaron M. Olson, the seven-piece band delivers a guitar-driven take on synth-pop that might best be classified as “Baywatch krautrock.” And while Olson has some suggestions on how to experience the album—“Drive out on a desert road in the dead of night, roll down the windows, and turn the heater on just enough”; “Get some headphones on and suspiciously stake out a bank”—II ultimately leaves it to the listener to dream up their own imaginary movie for each track to live in.

At turns ethereal and frenzied, groove-heavy and narcotic, II is lush with harmonized guitar leads that reveal Olson’s deep affection for metal. The album’s guitar element also mines inspiration from the likes of King Crimson’s Robert Fripp, Japanese composer Tori Kudo, and Nigerian musician King Sunny Adé, giving way to an intricately textured sound laced with jagged beats and serene washes of synth. “Synthesizers are fun to try to pull emotion out of—I like trying to create moods from something completely synthetic,” says Olson. Those moods shift and build all throughout II, moving gracefully from the dreamy wonder of “City of Glass” and triumph of “Blue Skies (on Mars)” to the stunned reflection of “Dose” and seductive gloom of “The Most Crucial Game.”