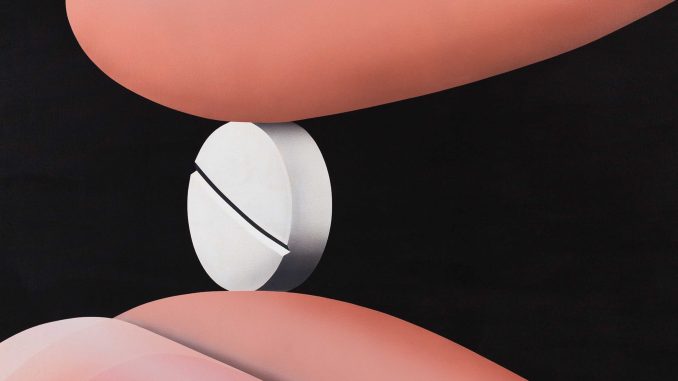 On their new album II, L.A. Takedown align the moody grandeur of a film score with the pure melodicism of pop. Led by Los Angeles-based composer/multi-instrumentalist Aaron M. Olson, the seven-piece band delivers a guitar-driven take on synth-pop that’s inspired its own genre. “Bjorn Copeland of Black Dice once described L.A. Takedown to me as ‘Baywatch Krautrock,’” Olson recalls. “I found myself saying, ‘Well, you know…it’s not not that—works for me!” Still, despite any association with oceanic hedonism, II ultimately leaves it to the listener to dream up their own imaginary movie for each beautifully sprawling track to live in. At turns ethereal and frenzied, groove-heavy and narcotic, II is lush with harmonized guitar leads and inspiration from the likes of King Crimson’s Robert Fripp, Japanese composer Tori Kudo, and Nigerian musician King Sunny Adé, giving way to an intricately textured sound laced with jagged beats and serene washes of synth.