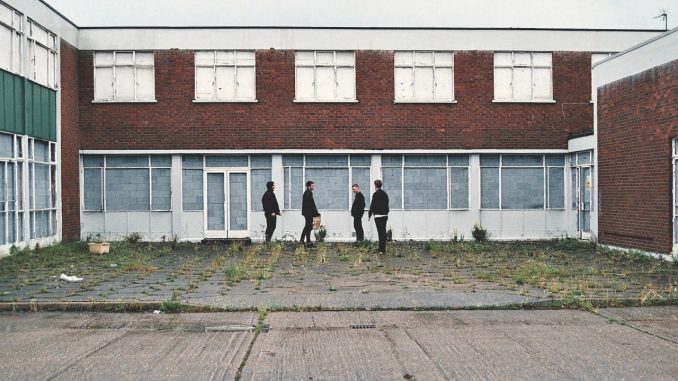 Bad Breeding formed in the winter of 2013 in Stevenage – a bleak commuter-belt town north of London. Drawn together by an enthusiasm for old anarcho-punk and a complete disdain for the misrepresentation of Britain’s working-class identity, Bad Breeding is an attempt to call out the rank injustices and political distortion peddled to people existing on the fringes. Made up of friends who muddled together through state school, the band serves as an outlet from the monotony of labouring work and humiliating temp jobs.

On April 7th they return with their second LP Divide. In the time since their last album the world has become a melting pot of hate, absurdity and on the brink of destruction and Bad Breeding have made a record that sums up these dark, dense and claustrophobic times.

Once again the relentless rhythm section drives the sound with guitar work that is squealing and immense alongside vocals that spit bile and razor-sharp lyrics. Standouts include ‘The More the Merrier’ – which sounds like prime Icons of Filth from 1985 whilst last track ‘Endless Impossibility’ is a five-minute-plus dirge that hits hard like Killing Joke but with more noise and chaos. On Divide the band have upped the intensity and made an even stronger album. Rather than being self-released, they have now joined Iron Lung in the States and La Vida Es un Mus in Europe. Recorded by Ben Greenberg (Uniform, ex-The Men).