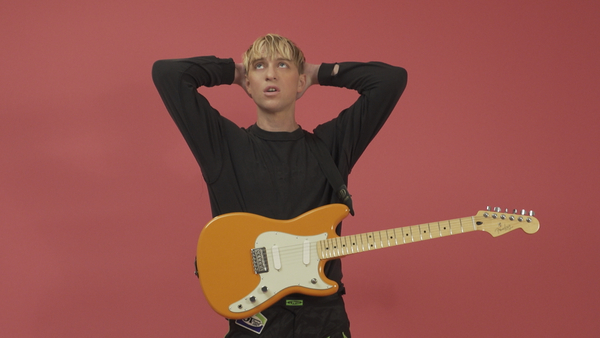 “This is the Drums you know, and indeed, you’ll feel compelled to answer back that you love them too.” – Pitchfork

“‘Blood Under My Belt’ swings back to the band’s halcyon-sounding days, recalling the likes of the Beach Fossils and Wild Nothing via its rippling bounce and rotational hooks.” -Stereogum

“‘Blood Under My Belt’ is a return to form for The Drums…Clearly, Pierce is still very capable of creating the bouncy, romantic indie pop that made people fall in love with the band in the first place.” – Buzzfeed

“First single ‘Blood Under My Belt’ is quintessential Drums, instantly catchy and a nice welcome back.” – Brooklyn Vegan

The Drums’ forthcoming album “Abysmal Thoughts” is already being lauded as a return to form, and the band reinforces that notion yet again with “Head of the Horse.” The third single off the new album, “Head of the Horse” is an utterly disarming track that beautifully captures frontman Jonny Pierce’s ability to tackle some of the most dark and complex narratives of his life with grace, all the while remaining true to his indie-pop sensibility. As Pierce explains further below, “Head of the Horse” is about how growing up living with his parents – two anti-gay Pentecostal preachers – still impacts him today as an openly gay man. Listen to the song HERE.

The Drums’ frontman Jonny Pierce on the new song:
“I grew up in a poor and dirty town called Horseheads, NY. I am the son of two Pentecostal preachers who have always been outspokenly anti-gay and this made for a childhood that was riddled with self doubt, confusion and a lot of self-hate. I remember being anxious all the time and turning to music as an escape. Music brought me to New York City, where I live now as an adult. But I am coming to find out that being an adult doesn’t mean much at all. We are all just kids in bigger, older bodies. We all still know very little about the world and even less about ourselves. I find that the past still dominates a lot of my daily experiences – sometimes to the point of feeling paralyzed. The goal is to heal, and I think I am – but at a much slower pace than I am comfortable with.”

The Drums will take “Abysmal Thoughts” on the road starting in the US this July, followed by European dates in September/October. See below to find a show near you, and get your tickets HERE.

“Abysmal Thoughts” will be released on Anti- on July 16th. Watch the music video for the first single “Blood Under My Belt” below, listen to the second single “Heart Basel” and pre-order/stream “Abysmal Thoughts” HERE.

Across a year and three months of home recording between Los Angeles and his cabin in upstate New York—with the same guitar, synthesizer, drum machine and reverb unit he’s played since the beginning of The Drums—Pierce put together “Abysmal Thoughts.” With help from engineer Jonathan Schenke (Parquet Courts, Mannequin Pussy and more), the result is an unflinching autobiography with Pierce back in full control of the band. He’s back to not just writing all the songs by himself but playing every instrument, too, this time realizing exactly his own personal vision for the band. Not coincidentally, it’s some of the most revelatory work he’s ever done. It is a vivid self-portrait, alive with the hyperdramatic emotional potency of the Smiths, the arch literary pop moves of New Zealanders like the Verlaines and the Clean, and the riotous clatter-punk power of the UK DIY bands of 1979.