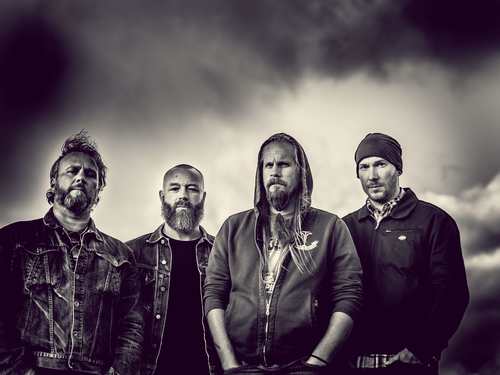 PAGANDOM dissolved in 1996, just a few years after the band’s first and so far only full-length album. 20 years later it is time again. The band reuinited at the Gothenburg Sound Festival 2014, reinforced with the same Anders Björler (At The Gates) on guitar.
Anders also brings his genius to PAGANDOMs new album.
Without PAGANDOM the Gothenburg Sound we know today probably had sounded different. All stories have a beginning – and it is now time for the world to take part in a new relevant chapter. Welcome “Hurt As A Shadow”! I already have goose bumps.
/Mattias Lindeblad, freelance cultural journalist (Swedish National Television, Swedish National Radio, etc.)

Catapult and trapdoors is part of album “Hurt As A Shadow” from Pagandom, released October 28th 2016.
Hurt As A Shadow is avaiable in all digital plattforms and physical product.