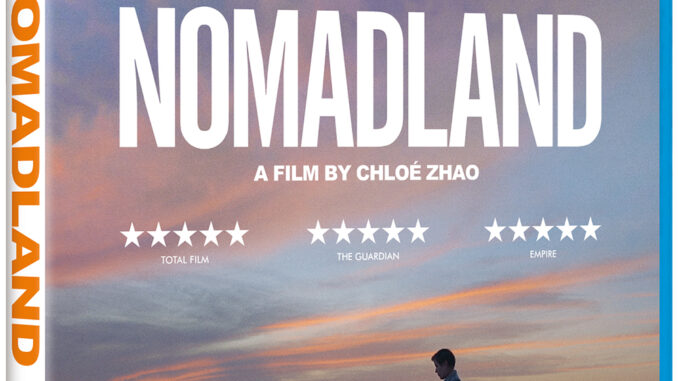 Nomadland
Following the closure of a gypsum mine in the Nevada town she calls home, Fern (Frances McDormand) packs her van and sets off on the road in this “exquisite film” (Joe Morgenstern, The Wall Street Journal). Exploring an unconventional life as a modernday nomad, Fern discovers a resilience and resourcefulness unlike any she’s known before. Along the way, she meets other nomads who become mentors in the vast landscape of the American West. From Searchlight Pictures, written for the screen and directed by Chloé Zhao, based on the book by Jessica Bruder, the film also stars David Strathairn and features real-life nomads Linda May, Swankie and Bob Wells.
Release: 28 juni
Format: BD och DVD

Hawaii Five-0 season 10
Bomb threats. Kidnappings. Assassinations. And yes, even pirates. The final cases of HPD’s finest are among the hottest the islands have ever seen. In Hawaii Five-0 Season 10, Lt. Commander Steve McGarrett (Alex O’Loughlin), and Detective Sgt. “Danno” Williams (Scott Caan) go up against all-new adversaries and familiar foes, including the final showdown with the Yakuza for Hawaii’s soul. They’ll need all the help they can get – including guest appearances from Magnum P.I.’s Thomas Magnum (Jay Hernandez) and Higgins (Perdita Weeks). Witness the epic conclusion to Steve and Danno’s saga from the edge of your seat in Hawaii Five-0 Season 10’s thrilling 22 episodes in this 5-disc collection.
Release: 15 juni
Format: DVD