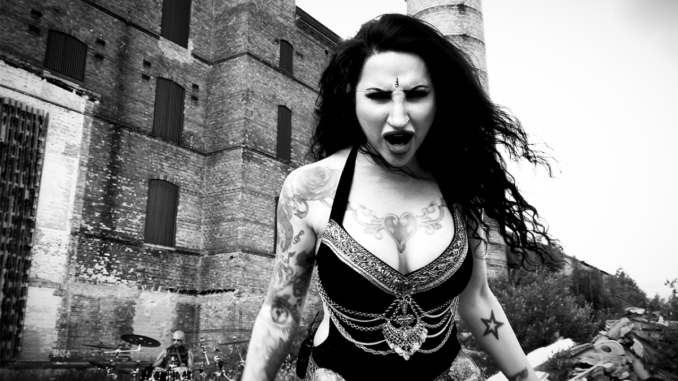 ELEINE launch video for new single “As I Breathe” – New album ’Dancing in Hell‘ out on November 27, 2020

Today ELEINE is releasing the first single from their upcoming album “Dancing in Hell”. The new video single is called “As I Breathe” and the band themselves describes it as follows.

“Whatever you’re fighting through, we think you know by now that nothing is ever just laid out at your very feet. You have to earn everything through blood, sweat and perseverance. “As I Breathe” is the reminder saying that whatever hell you’re going through, you will be the one standing in the end.”

ELEINE releases their 3rd full-length album “Dancing In Hell” November 27, 2020, through Black Lodge Records on CD, LP, cassette, box set & digital. For the recording of the new album, ELEINE returned once again to The Panic Room, the album is mixed and mastered by Thomas ”Plec” Johansson.

With “Dancing In Hell”, ELEINE share stories of inner demons, strength and loss. This is ELEINE’s most powerful album yet and sets a new standard within the symphonic metal genre with hard hitting, melodic and seductive metal that has become the renowned ELEINE sound.