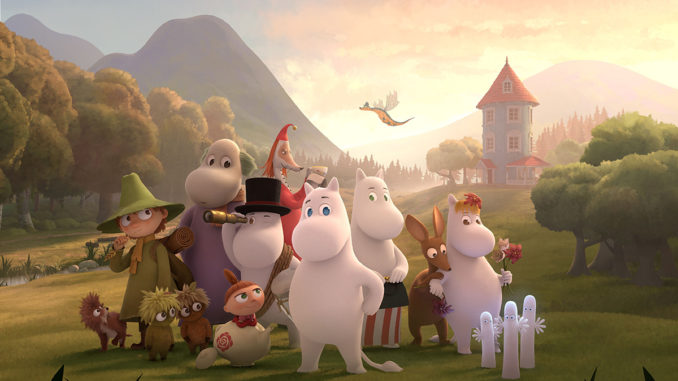 SF Studios to distribute Gutsy Animations’ Moominvalley to the Nordics

SF Studios has acquired the Nordic rights to the Moominvalley series, the new record-breaking adaptation of Finnish-Swedish author Tove Jansson’s beloved Moomin stories produced by Gutsy Animations. The first two seasons will be released in December 2020.

The two first seasons of the new Moominvalley animated drama series will be available on DVD and digital copy in the Nordic countries in December 2020. The series will also be available on SF Studios’ SVOD platform SF Kids in Sweden, Norway and Denmark at a later stage.

“We are very excited and proud to be the Nordic distributor of Moominvalley, making sure that all the Nordic families will be able to watch this fantastic adventure with such strong Nordic heritage whenever or wherever they want “, says Viktoria Johansson, Kids Acquisition Manager at SF Studios.

“Moomins have a great history in the Nordics so we are very happy to be able to share new Moomin content with new and existing fans. The core values of Moomins are highly important as we need love, respect for nature and friendship now more than ever”, states Marika Makaroff, Gutsy Animations Creative Director and Executive Producer of the Moominvalley series.