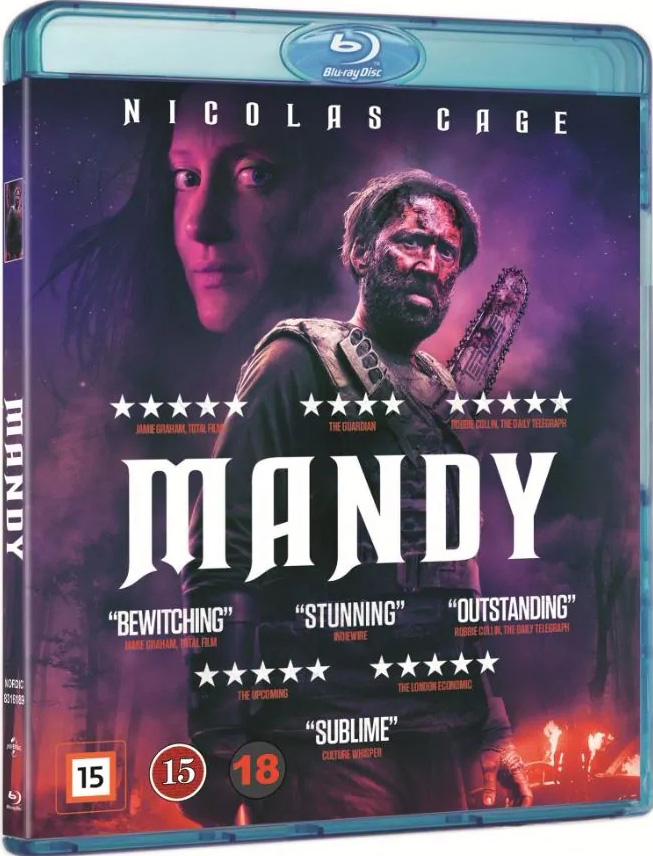 We are thrilled to share with you the trailer for the highly-anticipated, edge-of-your-seat action horror MANDY, starring Nicolas Cage, following the film’s critically acclaimed debut at the 2018 Sundance and Cannes Film Festivals.

MANDY was written and directed by Panos Cosmatos (Beyond the Black Rainbow) and stars the iconic Academy Award winner, Nicolas Cage (Adaptation, Kick-Ass, Ghost Rider) in his most visceral role to date, alongside the stellar supporting cast of Andrea Riseborough (Birdman, Battle Of The Sexes) and Linus Roache (Batman Begins, Non-Stop). MANDY was co-produced by Elijah Wood (The Lord of the Rings franchise) and is one of the final films scored by the Academy Award nominated composer Jóhann Jóhannsson (Sicario, The Theory of Everything).

SYNOPSIS:
Pacific Northwest. 1983 AD. Outsiders Red Miller (Nicolas Cage) and Mandy Bloom (Andrea Riseborough) lead a loving and peaceful existence. When their pine-scented haven is savagely destroyed by a cult led by the sadistic Jeremiah Sand (Linus Roache), Red is catapulted into a phantasmagoric journey filled with bloody vengeance and laced with fire.