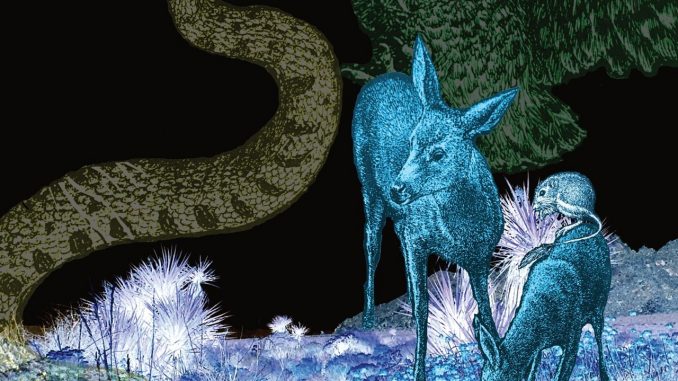 New Orleans schooled, gypsy spirited, endlessly curious, Myshkin Warbler is a rare bird among songwriters. Her career is marked by tireless experimentation, and a few constants: darkly joyous, compellingly complex songs, a soaring voice and hypnotic pulse, work that slips under the skin and stays there: literate, political, heartbreaking, gorgeous, eclectic as hell.

Trust and the High Wire
Six years after the release of the hypnotic, arresting That Diamond Lust, Myshkin’s newest work spins around an extraordinary true story.

“In January of 2104, the lover I had just found after a lifetime of looking dove into a six day coma, followed by six months in the icu, leaving her without four fingers and both legs. Our honeymoon became a high wire, suspended between love and death. I was left holding her life and her child, my guitar and a handful of melodies and spells to ward off the dark. The supreme court legalized marriage for everyone in 2015. We wed the following spring.”
—Myshkin

The record was written and recorded realtime, from deep inside the story, and the harsh beauty of the Mojave desert. The result is a rich, spooky collection colored by soul/jazz and folk/rock, balancing on the fine thread between longing and trust. Potent, approachable songs, Ms. Warbler’s signature pristine production, and stellar performances by a crew of local legends combine to create a record that feels like an instant classic.

DoubleSalt is releasing Trust and the High Wire in conjunction with (Myshkin’s partner) Jenny Q’s book Held Together, covering the same narrative ground from different perspectives. The couple have created Trust·Together, a performance piece that unites the two works. Trust·Together will debut at the record and book launch event, presented by Harrison House in Joshua Tree, California on June 9, 2108, and will tour internationally over the following 18 months.