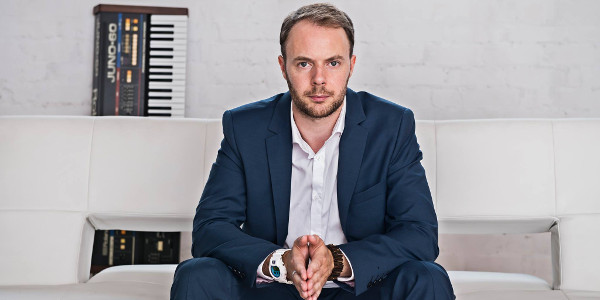 Tom Flynn’s Pluck is coming soon
Tom Flynn is no stranger to the upper stratospheres of house and techno – his long list of achievements and highlights would fill a page. Long since championed by the likes of Pete Tong, and with his own successful label Into Orbit under his belt, it’s a pleasure to welcome him on Dessous! The three tracks of his upcoming EP Pluck revolve around Flynn’s thick sound, sometimes more on the techy, sometimes more on the dubby side. Crossing the genres effortlessly, Flynn is building up a sonic landscape and invites every listener to be a part of it.

Chocky in the mix
With his two outstanding releases on Dessous Recordings, UK’s Chocky showed off his undeniable feel for sublime house music. With his mix for Music Is 4 Lovers, he contributed to their Hometown Heroes series. One hour of jacking beats – enjoy!

Dessous Classic: The Long Run
Almost six years ago, Steve Bug teamed up with US house legend Mr. V, who initially donated vocals only, for ‘The Long Run’. This release is as delicious serving of classic New York Deep House as you will hear any year – a release that has aged gracefully.