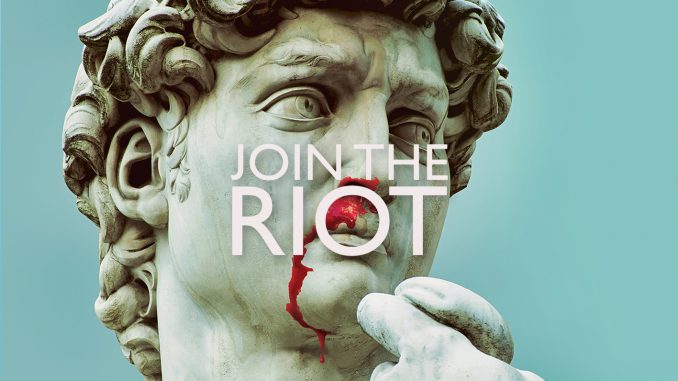 Swedish indie band Join The Riot are celebrating the new year with releasing their brand new five-track EP, “Echo”. The first single, ’Pretenders’, has already been rotating on Swedish radio P3 and picked up by Spotify playlists such as Indie Radar.

“Echo” EP will take you on a voyage deeper into the core soul of the band, immersing in various landscapes, from dreamy arena pop in “Fantasies” and “Bonsoir” to dark epic singer-songwriter ballads like ’Echo’ and ’X My Heart’.

The five Stockholmians Henrik Ljungqvist (vocals), Jonas Engdahl (bass), Simon Santunione (drums), Andre Sund (guitar) and Patrik Berg-Almkvith (keys) met in school and started playing together in 2013 with a vision to make great pop and rock music, inspired by childhood heroes Phoenix, early Coldplay and Empire of the Sun to mention a few. In four years Join The Riot has released their debut album, one EP and several singles, including a feature in the Scandinavian Volkswagen commercial. The energetic indie band has often spiced up their releases working with quite unorthodox methods to find their listeners, sending carrot threats to the media, recording albums in a glass-cage and embarking on crazy China tours.

When Simon has been touring with Zara Larsson the band has played with the backup drummer Leo Sund, who’s also Andre’s twin brother. With the original line up, Leo has taken on the percussions instead, making the riot grow even further.Their infectious sound of sunny melodies has started to build a solid fan base around the world and we think it’s just a matter of time before Join The Riot gets the global recognition their music truly deserves.