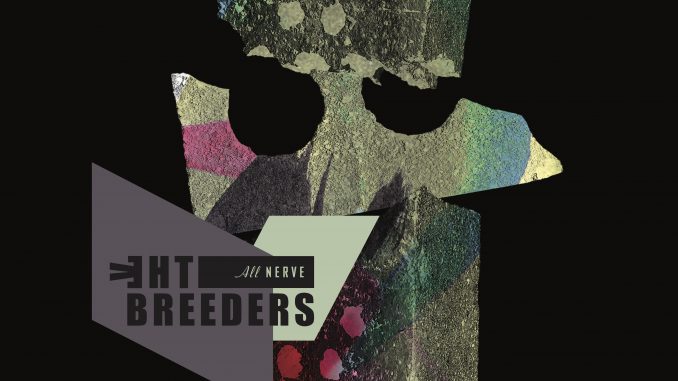 Today, the Breeders announce details of their long-awaited fifth album. Entitled All Nerve, and featuring recent single ‘Wait in the Car’, the group’s first record in a decade will be released on March 2, 2018.

All Nerve reunites band members Kim and Kelley Deal, Josephine Wiggs and Jim Macpherson – the line-up behind the iconic and platinum-selling record, Last Splash. The quartet returned to the stage in 2013 to celebrate the album’s 20th anniversary and have been quietly working on new material since then. Recording took place at Candyland, Dayton, Kentucky, with Mike Montgomery; Electrical Audio, Chicago, with Steve Albini and Greg Norman; and with Tom Rastikis at Fernwood Studios, Dayton, Ohio. Artwork was conceived by Chris Bigg, who has worked with the Breeders since their first album, Pod.

All Nerve will be released on March 2nd on CD, standard edition black vinyl LP, limited alternate sleeve/orange vinyl (independent stores only) and digitally. 4AD Store customers also have the opportunity to bundle their LP album pre-order with the third iteration in the ‘Wait in the Car’ 7” single series, while stocks last. This limited red vinyl single features a cover of Mike Nesmith’s ‘Joanne’. For more information head to 4ad.com/store

To coincide with All Nerve and following a successful club tour late last year, the Breeders will tour North America and Europe throughout the Spring and Summer. Tickets go on sale this Friday. Visit thebreedersmusic.com for further details.