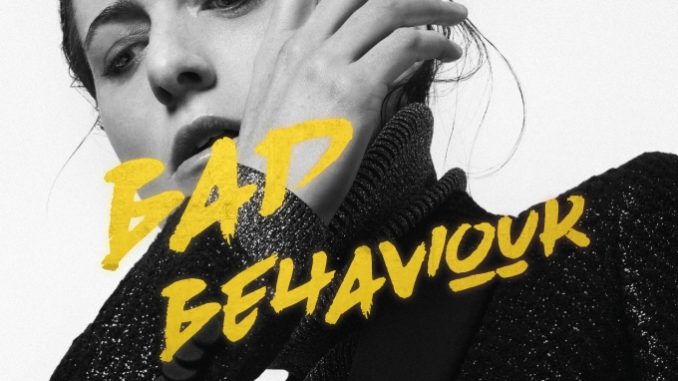 Kat Frankie says she likes things “messy”: untidy, teeming, excessive, rich – and the luxuriant diversity of her music reflects that. No question, Kat Frankie writes the most artistic songs you’ll hear in local pop music: rhythmically complex, like the most sophisticated R & B, with divinely intricate vocal harmonies reminiscent of old-time doo-wop and folk. Yet – and this may be the best thing about it – none of it ever seems redundant or fabricated. Kat Frankie sings the most beautiful and readily accessible melodies one can wish for, and she sings them with a voice that is at once so clear and excitingly enigmatic, so impressively mature and at the same time enticingly brash, that after one verse they stick in your head.

Kat Frankie is from Sydney but emerged as an artist on the Berlin music scene. She has lived in the German capital since 2004 and has released three albums here. Initially, they were informed by the melancholic cadence of introverted singer-songwriter pop, but now, in retrospect, Kat Frank says, “I never wanted to be just the sad girl with a guitar.” And that she never was, particularly due to her numerous side projects: she played guitar in Olli Schulz’s backup band, composed “Get Well Soon,” the title song for the Schulz & Böhmermann talk show and competed in the preliminary rounds of the Eurovision Song Contest in 2016 as part of the duo Keøma.

To Kat Frankie, the somber world of singer-songwriter music and the bright, sometimes dazzling world of mainstream pop are not mutually exclusive: “Everything I do,” she says, “propels me forward; I never want to stop learning.” Her new album, Bad Behaviour, will be released in February 2018 and embodies all the qualities we are accustomed to in her music. One also notices that Kat Frankie has again taken it a step further: she has never so fearlessly and virtuously intertwined the “somber” and “bright” sides of her music, and she has never unleashed so many surprises: Hey, what kind of a rhythm is that? Where did that crazy power riff come from? And the jubilantly radiant “Californian hippie” chorus in the background – did she really pre-record it all by herself with her loop station?

Indeed she did. Kat Frankie can do everything required to grip her listeners – and can and wants to do much more, like embracing a new relationship with her songs. Bad Behaviour is not only artistically elaborate, it is also extremely intimate. We have never been as close to this artist as we are listening to these new songs, yet her introspective musings are also outward looking and examine the world as a whole, with a political bent of the kind only revealed in private. Bad Behaviour is a major, boundary breaking work. The title track alone, which debuted on September 4, bears witness to that: a creative climax for an exceptional artist, an album that will continue to engage us for a long time to come.