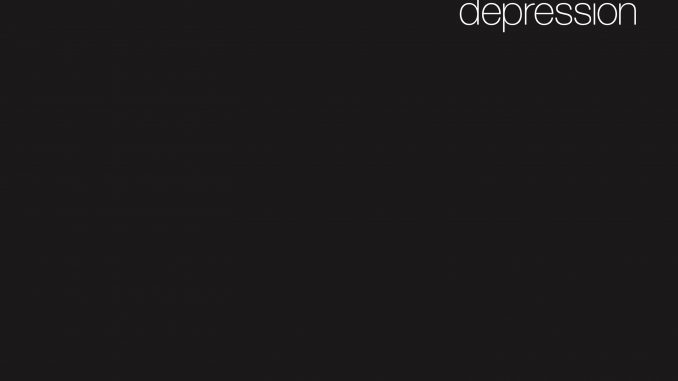 The material is alive! That is the basic feeling. Dark Continent in 2017 giggles and rubs and wastes with melodies on different levels, with the sight set forward. Easy and direct, at the same time complex and varied. Swallowing a song to keep up with the first dozen can not be done. The band’s third album “Songs About Love and Depression” holds a parade of details to contemplate. Guitars in masses. Songs to sound underneath for closer viewing.

In fact, many songs are many songs at once. The album offers a beautiful listening palette filled with different angles, angles and impressions. At the same time, a consistency is presented in both expression and sound that keeps the ten album tracks on track. Somebody felt bad and that was great!

Produced in the own studio The Vault in Malmö, Dark Continent succeeds in a blow to erase any doubt. Suddenly, in less than six months, the band spells out three singles, four videos, and now in May 2017 a full-length album. It is noted that the studio door barely has closed. As late as a few weeks away, half of the material was added to “songs about love and depression”. So fresh that the band has never ever been more smoking lately.

It is obvious that here it has been worked and digged in both soul and heart with the great creativity cap. The guitars nose you and never leave your side. They as well insist on getting under the skin, towards the heart. With the punch and butterfly dance side by side and every second, Dark Continent guides both listeners and themselves in a partially new direction. As often as sweaty as well as more nuanced, perhaps pure ripe.

The title then? What does it say? “Songs About Love and Depression” – is it really what the world needs the already shaky year 2017?

“All songs were written during a concentrated period, autumn 2016, when I did not feel particularly good,” the singer Ola Mohlin explained in an interview. Everything got too much with sleep trouble, formulated in “Sleep Tonight” as a result. Mohlin took a grip he is familiar with since way back: let songwriting be your own therapy.

So, Mohlin, eagerly applauded by the band, has managed to “make art” of this struggles on the personal plane. Nearly a dozen new songs are a fact. And no one needs to float in uncertainty about Dark Continent’s love for the pop song. The format is short to be DC as former day’s songs lasted 4, 5 or 6 minutes. Now several tracks clocks in in just over 3 minutes.

Nobody needs to float in uncertainty about the band’s musical spine. Punk and postpunk, through quality grunge and 90’s. Certainly, there is an Iggy Pop aura over the opening “Wake Up Sane”, at least until reflection and the mighty ending party where the song turns on itself. Or why not the title track where tough riff suddenly goes hand in hand with a soulful verse. And is it not The Gun Club and Jeffrey Lee Pearce who peek into “Eternally”? But what happens in “Take Me Home” – DC enjoys the surprise arm while sending out all the guitars they have against the listener. Solid with many frustrating layers.

Singles “Love Hate ADHD”, “Downdowndown” and Trump-critical “Election Day” live their lives. The ending song “Where You Are”, with the initially delicate love declaration for life and just love, evolves into a terrifying sweaty end clamp.

“Songs About Love and Depression” are released digitally on all relevant platforms May 19th. In June, the vinyl version will be released.

A little history: After recovering for a while, with a disrespectful attitude, taking on his former song catalog and giving it a new life, featured on the live album “Live At K-town” – mixed in classical Tambourine Studios, year-old ep: A “Extended Play”, including “Vertigo”, a duet with the singer Maja Gold Beach, the singles “Fences of Pride” and “Hotel Life & Tonic Drinks”, and then the personal slam interpretation of Robyn’s “Dancing with myself” Released in May 2016, the band would breathe new air. In November 2016, Dark Continent released the double sledge “Sleep Tonight / Election Day”, two brand new articles, both of which were hot on Spotify.

In 1989-1993, Dark Continent released two critically acclaimed albums, “Hypocrites for Breakfast” and “Lunch at the Back of Beyond”. Add a handful of singles. Attended both nationally and internationally. Diligently played in the radio and with several videos that attracted interest, including continuous viewing on MTV-Europe. Repeated touring made Dark Continent a name for the Swedish independent scene.