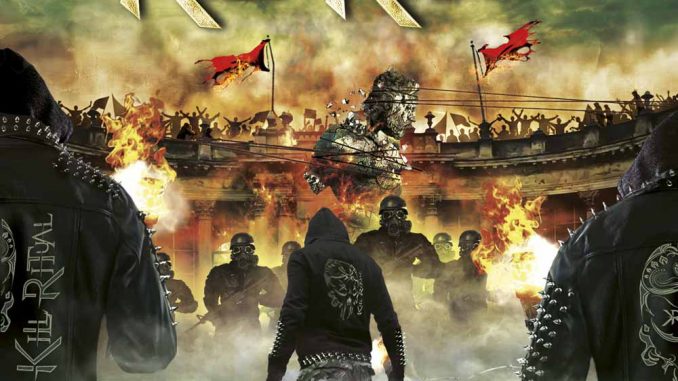 Formed in 2010 by former members of Imagika, Dark Angel and Eldritch, Kill Ritual launched themselves into the metal world with their debut CD “The Serpentine Ritual” in 2012 on Scarlet Records and the band were immediately rewarded with great reviews and positive reaction from around the world. Following the initial success the band completed a US tour in the fall of 2013 and followed it up with the release of “The Eyes Of Medusa” in 2014 on Golden Core/ZYX and again received great press and accolades from fans and press worldwide.

2015 saw Kill Ritual recruiting vocalist David Reed Watson (Rage of Angels, Electric Messiah) to record their new CD “Karma Machine” after the departure of original vocalist Josh Gibson and ushered in a new direction and focus to the bands already expansive sound. The band followed the release with a full US tour in 2016 and European tour with NWOBHM legends Raven in June 2017.