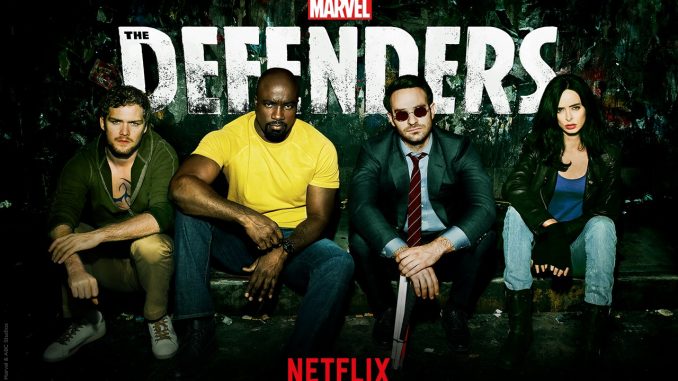 The Netflix series the Defenders has been out for awhile now and the numbers have been coming in on viewership. The numbers are not too good. It turns out that the Defenders has been the least watched of the Marvel properties to be launched on Netflix. I have made it through all the different Marvel properties on Netflix and have loved them all to some extent. I felt that Daredevil and Luke Cage provided the strongest showing with Iron Fist and Jessica Jones being a bit lackluster but worth watching anyway. Now, I wait in anticipation for The Punisher. So, why is Defenders coming in so low on viewership? I think it could be a number of things.

Jessica Jones and the story line that went on too long

First, the show lacked a real villain. Daredevil had Kingpin and Luke Cage had Cottonmouth and Diamondback that culminated with a nasty fight at the end. Jessica Jones had Killgrave, but he just didn’t deliver a convincing performance as the long term bad guy (sorry David Tennant fans). Jessica Jones suffered from a story line that frankly just went on too long. Iron Fist was just lacking the type of cohesion that the other shows had and that bled into the Defenders as it was really a continuation of the Iron Fist story line with support from the others, especially Daredevil. The Hand just didn’t cut it for a worthy adversary to these characters even with the addition of Elektra at the end.

Second, the problems that plagued Iron Fist in it’s run continued in Defenders. Iron Fist was accused of “white-washing” the cast, but that is non-sense. The character was originally white and so that was not the issue. What was the issue? The kung fu that Iron Fist used during both his title run and the Defenders was very wooden. He was not smooth or graceful in his movements. The lack of fluidity in his movements fails to convey to the viewer the expertise necessary to be the level of a master that he is in the comics. Daredevil’s fight scenes are amazing and this compounds the lack of skill apparent in Finn Jones’ ability.

Third, Iron Fist has nothing that really identifies him as the Danny Rand from the comics. He has no costume, his kung fu is mediocre, there is no real chemistry that has been developed between him and Luke Cage, and his Iron Fist abilities suffer from the “Godzilla” treatment which is to say we rarely see him use them unlike in the comics which is almost an “always on” kind of situation. The clear lack of identifiers definitely affects the viewers perception of the character. Even the supporting cast of characters are more identifiable than the Iron fist character.

Lastly, the Defenders are not really the Defenders. If you go back and look at the original comics, the team was drastically different. The only members from the Netflix team that are in the Defenders are Luke Cage and Iron Fist and they came into the team very late into its incarnation. Marvel has a habit of letting TV and movie development drive comics and I am sure we will eventually see these low level Marvel heroes team up in a comic in the future. Old school Defender fans might be a little disappointed that they are not seeing any of the originals (Dr. Strange, Hulk, Namor, and Silver Surfer) on the team.

Change of costumes will happen

So, why should you watch the Defenders? It is a fairly good show with a lot of room to grow. The show will only get stronger as we enter into the next round of seasons on the stand alone shows. Marvel has said that we are going to see some costume changes to Iron Fist and Finn Jones’s kung fu can only get better. That is a start to improving the character of Iron Fist. We also have room on the team for Marvel to develop other properties on Netflix. We could even see some of the original members show up on the series. Maybe we could get Marvel to finally introduce Namor to the universe or better yet dig deep into the Marvel Universe and resurrect something really awesome. Imagine the crossovers.