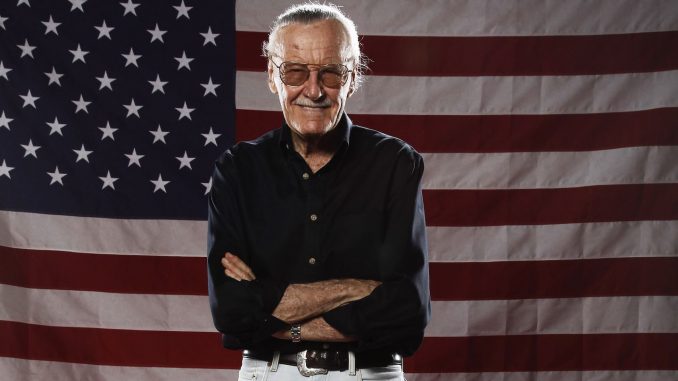 If you are like me and have been collecting comics and going to conventions for decades, you have witnessed many changes in the industry. I recently attended three different types of major conventions and I was struck with the various differences and similarities throughout each experience. The Con culture is a strange one for those who are not anointed by the nerd or geek elite. The industries that are the lifeblood of the cons are in a state of flux and that is having some interesting effects on the pop culture, comic and gaming industry at large

One thing that you will notice is there are fewer and fewer “true” comic cons in existence today. It used to be, back when dinosaurs roamed the earth, that even small communities could have a sizable comic con with a solid turnout. Every community had at least one decent comic shop (ours was Books and Things), which was also a gaming center and an all around good hangout for the misfits of society. The 70’s through the 80’s were the heyday of the industry in my humble opinion. There was such variety to the titles and cons were everywhere, but the 90’s brought a collapse of epic proportions or in our current political speak, a bubble.

No rebound from collapse in the 90´s

The industry has never quite rebounded from the collapse of the publishing houses in the 90’s: Therefore, cons have not really recovered either. The turn of the century brought with it an eventual shift away from the “Comic Con” toward a “Pop Culture Con” mentality. I believe this shift has brought with it some definite advantages and disadvantages. Women and girls, various minorities and sub-cultures have been more active in the cons and the industries. I think this has been very good for the industry and has brought a different perspective to the stories and the development of many of the peripherals in the culture, but have created another problem with forced diversity which alienates many long time fans.

No fan of digital comics

Perhaps the biggest change on the horizon for the comics is the development of the digital comic industry. DC Comics is taking considerable flak from fans for their continual re-launching of titles like what they did with the now infamous “52” titles. The real story here is that DC Comics released all the titles on launch day in digital for “52”, as well as traditional paper format. I have read a few comics digitally, but I must say I am not a fan of that medium. One of the advantages of comics is that it is a visual and literary medium, which is harder to capture digitally because this format keeps the reader in a much more stringent reading format. However, I might not prefer that medium, but if I were given the choice of reading digital comics or no comics at all then digital isn’t so bad.

Price of collecting will go up

The biggest problem that I can foresee with digital comics is the impact that it will have on the collecting aspect of comics and the cons. If no comics or very few are being printed, then the price of collecting older comics will go up. Printing will be limited to a smaller run of titles that kill variety in the market and impact value and quality. This can be good or bad. If you spend much time at the cons, you will see what I mean. Collecting old stuff is something that will require a very steady job to really afford, but if you are collecting “post-bubble” titles, then you can usually find whole runs in the $1.00 boxes and most likely collect a full run of some titles in a good weekend at a con. The new comics are not nearly as innovative, and there are much less kinds of titles to choose from, but more of the lesser titles printed.

Less older comics on the market

Digital comics will cause the price on the older comics to rise since there will be less on the market than before and disgruntled older fans will return to the old silver and bronze age if the publishing houses don’t do it right. If they don’t handle the runs correctly, then we will see the price of collecting skyrocket and that will basically destroy the “Comic Con” culture and most classic comics will be out of most people’s price range if they did not pick up the initial printing of that issue or buy it in graphic novel form. This would mean a complete shift to the “Pop Culture Con” mentality.

The culture behind gaming suffers to

The gaming industry is going through a similar problem. Origins Game Fair has shrunk for many years now and most gaming manuals are available in very downloadable PDF files. The cons and the culture behind gaming have suffered because there is less of a platform for new game developers to get people interested in their games. Many people met people to game with at cons and that is beginning to wane as well. So, we can see the comic industry beginning to mirror that most definitely. The only real saving grace for gamers right now is a cultural resurgence of board/card gaming and the availability of crowd funding, which allows new game concepts to be easily developed.

The Baltimore Comic Con is probably my favorite con to attend because it is still all about comics. The fans are always a pleasure in Baltimore and I love the mixture of vendors and artists there. The mainstream guys are there in force, but there are also quite a few indie comic guys as well. Stan Lee was at the con one year and I was bound and determined to meet one of my childhood idols.