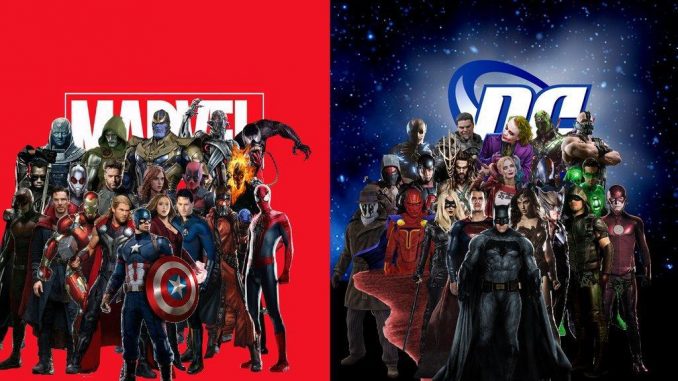 Whatever happened to the house of ideas?

I have to be honest, I have been dodging this article for awhile. Any time you touch on certain subjects, you will bring out the bigots, trolls and pathetic people in general. Having decided to voice my own OPINION here, I wanted see what shakes out. I have been a comic book fan and collector for the better part of my life. Comics were a survival mechanism for me in my youth. As an only child, I came from a relatively poor family from a poor state with comics being all I had at times. I collected them all, starting with Daredevil first and then I moved on to Uncanny X-men, Master of Kung-Fu, Rom the Space Knight, Warlord, and eventually discovered Superman.

I have no favorite house. Oh! you like Superman so you like DC…Oh! you like X-Men so you like Marvel. No! I like comics with great writing, great art, and a strong but centered message or that are at least entertaining. Both of the major comic book houses and most independents have been able to do this at one time or another in their long histories, but that seems to be in the past of late. I have found myself slowly canceling comics that I have collected for years and redirecting those funds to collecting runs of older comics. So, what is going on?

Lets talk about DC first. DC Comics had my favorite stories through most of the late 90’s and the early 2000’s. I collected all the “Super” titles for many years as well as most of what Geoff Johns produced during the 2000’s. In 2011, DC decided to revamp their lineup and modernize the characters for a new audience with a focus on digital comics. They dubbed this the New 52. I was writing for another, now defunct “Geek” site at the time. One of my first assignments, I read and reviewed every title that was in the first run release of the New 52 for an article on the digital move in comics. Some of the books were good, some were great, but most just fell short.

The first red flag that popped up for me was how DC’s creative heads viewed criticism of their moves within the New 52. Jim Lee was quoted at a convention as saying that it was alright if people didn’t like what they were doing because as long as they were talking about comics that was what they wanted. I found this to be a curious take on people saying that they just didn’t like the direction that DC was heading. How was that going to sell issues and keep people interested in your titles? The last straw for me personally was the Lobo revamp. The new Lobo was a complete disaster and lost all the edge and grit that made the character likable in the first place.

DC finally relented to fan pressure and in 2016 they ended the New 52 and switched to the Rebirth launch which was an attempt to bring a lot of the “old” style back, re-establishing the original numbering system, while cherry-picking the better parts of the New 52. It appears to be working as sales for DC are doing immensely better. There is still controversy however, despite fan pressure for some basic costume changes to key characters, DC editors have decided to continue with the “no briefs” policy on title characters like Superman and Batman. Sometimes it is just hard to admit that they made an error in judgement, but so it goes.

Revamping and diversity a creative blunder

Marvel is yet another story. I loved Marvel in the 70’s and 80’s, but have not liked the direction of the company increasingly since the 1990’s. Marvel has always been on the cutting edge of comics since Stan “the Man” Lee was running things, but they’ve had their issues over the years. However, Marvel has entered into a crisis like they have not seen in awhile. Sales for the House of Ideas for the first time in history are losing major ground to it’s competitors.

They still are number one, but they are barely hanging on as DC has been coming on strong. Why? One word: Diversity! Marvel decided that it was a good idea to kill off, repackage, or otherwise just ignore canon and revamp the Marvel Universe for the sake of making it’s readers embrace what they see as more diversity. Sad thing is, Marvel was already a diverse house before it started on this creative blunder. They have gay and pan-sexual characters as well as characters in pretty much every major racial and/or ethnic group you can name. DC has been diversifying as well, but Marvel definitely wins the award here.

The problem here is not that readers are bigots that don’t want diversity in their comics (which was the explanation that Marvel recently gave for their slump in sales), but rather is the connection that readers feel with specific characters. When major changes are done to characters, then readers have trouble relating to those characters that they have been collecting (in some cases for decades or more). It is bad enough to do this kind of revamp to one character, let alone to multiple ones across your lineup. The editors at Marvel also got caught up in an artistic blunder with the X-Men: Gold controversy. The controversy was created by trying to diversify talent at Marvel without properly vetting those new talents especially when they came from unstable political regions (regardless of the politics).

Marvel fails to realize that their characters are a brand and changing the essence of a character is the artistic equivalent to “New Coke.” If you take a Pepsi and change the logo but the formula for the drink is the same then you have a repackaged Pepsi (ie. we have given Captain America a new costume/shield). If you take a “different” character and put him in the Captain America costume you’ve changed the essence of the character (ie. we changed the formula of our drink but it is still the same great logo in the traditional can). If you change the fundamental character and the costume than you have created an all new product that may pay a small amount of homage to the original, but has nothing really to do with it. If you cease producing the old product in lieu of the new one than you are asking for failure of both by creating contempt for a forced new product (ie. New Coke).

So, where does that leave us? I believe that the overall message here is simple. Fans DO want more diversity in their comics, but NOT at the expense of the heroes that they have grown to love and have invested both financial and emotional capital in over the years. The major comic houses have grown stale. They rely on the old characters and instead try to repackage them for resale instead of seeking out diverse writing and artistic talent that will take old characters to new heights and give them new, fresh stories with new casts of characters. They don’t even encourage the older talents in the industry to create anymore. Many aging creators are jumping ship to independent or self-created labels so they can maintain control of their new properties.

The major houses have grown a bit lazy on the development of new characters and are afraid to take any risks at this point. What does that mean for fans? It means we won’t see the development of new characters like Deadpool, Venom, Cable or positive redesigns on mid-tier characters to make them better like Mr. Terrific, Animal Man and Luke Cage like in the past. How many new characters can you name from the major comic houses in the past ten years? Not too many, I am guessing. Instead, we can look forward to racial, ethnic, gender or sexuality changes on current established characters, constant costume redesigns, gimmick or recycled story lines and a further muddying of the canonical waters. But what do I know, I have only been doing this for 40+ years.