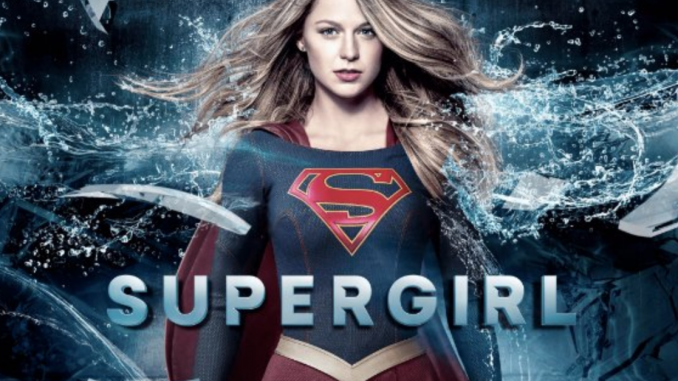 Why Supergirl might be the worst show on TV right now.

Anyone that really knows me, knows that I LOVE all things Superman. I have collected “Super” titles actively for a few decades now. Even the bad stuff still makes it into my collection, but I wish it didn’t sometimes. Being a self-proclaimed “Super” expert, I never miss a chance to immerse myself in the world’s first real superhero. A few years back, the dry spell after Smallville finally came to an end with the launching of the TV show Supergirl on CBS and I was really excited for it.

As a rule, I never judge TV shows on a single episode. I like to get at least a season under my belt before I really look at them. Supergirl definitely had a troubled first season, but like any true fan I soldiered through it in the hopes that it would get legs under it and become the show I was hoping it would be. Boy, was I wrong. The second season had more of the same blunders and to make matters worst, a glutton of superhero/scifi shows on TV brought Supergirl to the brink of cancellation. It’s salvation came with moving it to the CW network.

I again decided to put off reviewing it until it aired on it’s new network. CW was promising some revamps and I thought I would give it a chance again to right the ship on the new network. Season 3 proved to be more of the same blunders and disappointments. So, what is so bad about this show? Why will I not be tuning in for Season 4? Lets break it down and see if we can’t get to the bottom of why there is nothing super about Supergirl.

Prominent members of the superhero universe

First, the show was built on the premise that there was no female superheroes getting any attention. This is a hard argument to make when this year’s Wonder Woman out sold and out produced almost every superhero movie to date. Females are prominent members of almost every franchise in the superhero universe (Storm, Jean Grey, Wonder Woman, Harley Quinn, Catwoman, Poison Ivy, Gamora, Mantis, Colleen Wing, Jessica Jones, Misty Knight, Black Canary, Vixen, Psylocke etc.). Lets just say for sake of argument that critics meant main title characters. OK, we can give you that one, even though the market for female characters is relatively new compared to past market share and we are already seeing a move to make female lead superhero movies.

Second, the show intended to make Supergirl a feminist icon like Wonder Woman is usually touted in the media. The first major breakdown of the show really happens here. I have collected Supergirl comics for years and love them. The show, however, pretty much does everything it can to alienate male viewers. It has resorted frequently to man-hating as a means to push its “feminist” message. The “man-hating” is bad enough that I had to ask myself that being a “Super” fan, would I want my daughter to watch this show and the answer is NO. It uses the excuse that some women have been treated unfairly, therefore, it is OK to also treat men in a similar fashion. Even Superman is not immune to the “males are less treatment.” All males are depicted as weak both physically and particularly when it comes to self-control and intelligence.

Why the need to steal Superman stories?

Third, and an even bigger issue for me is the blatant stealing of Superman stories and converting them into Supergirl stories. The biggest offender being the stealing of the storyline of For The Man Who Has Everything. Supergirl has been around for many decades and has some incredible stories in her own right. Why would you feel the need to steal Superman stories? If you feel the Supergirl stories are not good enough than this is your chance to improve on them or make some really compelling new ones.