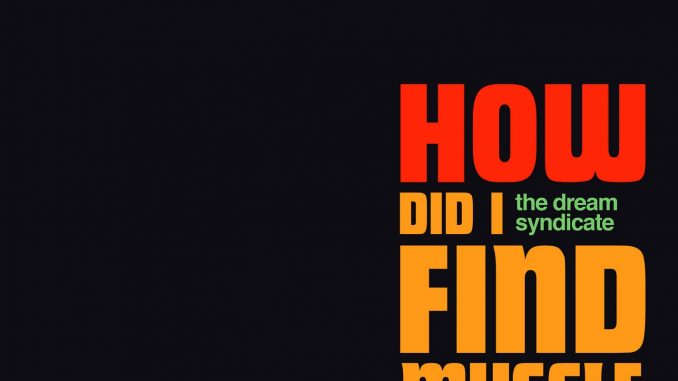 The Dream Syndicate are at the foundation of contemporary alternative music because back in 1981 at a time when most bands were experimenting with new technology, they choose to bring back the guitar. Their seminal album “The Days of Wine and Roses” (1984) has been cited as influential by artists from Nirvana to The Black Crowes.

Known for their incredible live performances, the band toured with everyone from R.E.M. to U2, before splitting up in 1988. In 2012 after years apart in solo projects, front man Steve Wynn reunited The Dream Syndicate to perform at a charity festival in Spain. The reunited band took everything in baby steps. A few shows here and there—including a still talked-about set at Wilco’s Solid Sound Festival. The shows were exciting—for both the band and the eagerly awaiting fans, many of whom weren’t even alive when the band were around the first time. The next step was to see if the excitement and newfound chemistry would extend to the studio.

From the first day of recording it was apparent that the band was making an album that would live up its history and take their story into the present.

Wynn says “In a way it feels like if The Days of Wine and Roses would have been made in 2017. Which is to say that it’s true to what we did before but it’s also a whole new thing“.