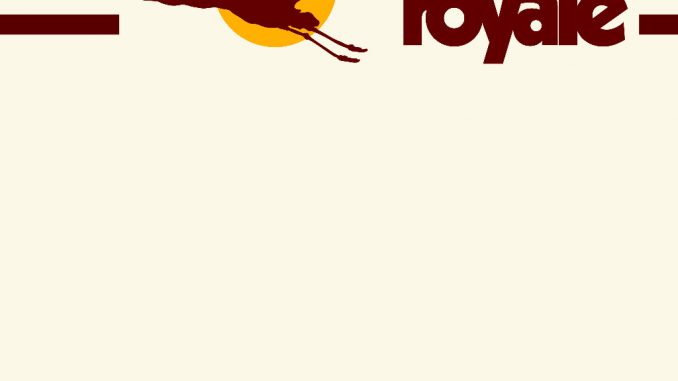 “If you have any love lost for The Hellacopters this might very well be your next fix.”
Rock N Load Magazine

Grande Royale releases their third album ”Breaking News” on The Sign Records. Ten track of High Energy rock that have been recorded and produced by Nicke Andersson (The Hellacopters, Imperial State Electric) at his studio the Honk Palace. Packed with powerful riffs that works as gasoline for the songs, the album ignites as screaming guitar solos takes it all the way to eleven. Each song is hold together by a sing a long friendly pop hooks and an overload of melodies. The album is released today, the 25th of August.

“During our time with Nicke he always told us that every song needs a ‘hook’. Something that you will remember after hearing the song just once, and I really think we managed to find that hook while writing this songs. It stick, even if you like ’em or not”
– Hampus Steenberg, Grande Royale

“recorded by Nicke [Entombed/Hellacopters] Andersson at his Honk Palace studio and, by all accounts, was created in a haze created by the things that usually create haze alongside healthy helpings of rock ‘n’ roll that fall somewhere between classic Motor City madness and chaw spittin’ southern rock”
Decibel Magazine

“the band basks in a classic heavy rock sunshine and analog depth, leaving no room for pretense when it comes to bringing forth ’70s influences as filtered through more modern garage push.”
The Obelisk

“This album is a very fun, concise example of what rock should sound like”
Moshpit Nation

“Seriously, it cannot be overstated how great this record sounds. The production is top notch even on a digital copy through tiny speakers.”
Glacially Musical