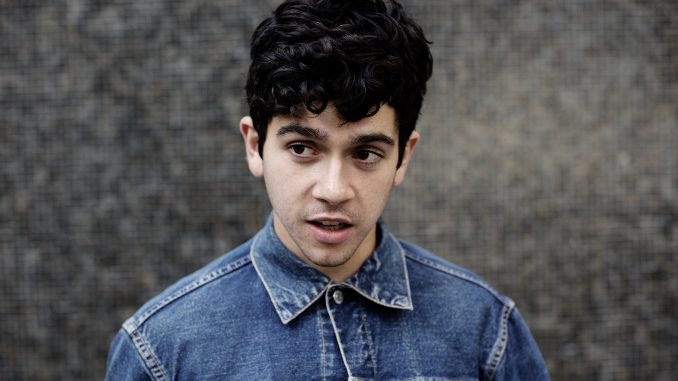 Self-proclaimed Bizarre & B artist, So Much Light (aka Damien Verrett), has released his debut record. Oh, Yuck is out today via Anti-, putting traditional R&B tropes in a funhouse mirror and warping the genre’s bravado into a parody of itself.

Culture Collide recently premiered the video for “Let It Absorb You”. Produced and directed by Verrett, the video was largely inspired by Jim Henson’s Labyrinth. You can watch the video below.

Additionally, So Much Light’s Idiot Soul was featured on NPR’s Heavy Rotation as part of “songs public radio cannot stop listening” to for the month of July.

Much of Oh, Yuck was written and recorded in the suburban home of Verrett’s parents. The rest was co-produced, engineered and mixed by Jason Cupp (American Football, Maps & Atlases) in Omaha, NE and Brooklyn, NY. “This record wouldn’t have been the same without Jason’s contributions,” says Verrett, “He helped flesh out my ideas and raised the production values of the record to a level I would not have been able to achieve alone.”

Verrett’s father, a longtime soul and R&B musician, inspired Verrett to pursue music as a passion, but not without a twist of self-deprecation and humor. “Soul has wisdom behind it,” says Verrett “but I’m recording this in my parents’ house … in the closet. I was like ‘No, this is Idiot Soul.’”

Verrett effectively pushes the boundaries of what pop music should sound like–and what it should say. Utilizing both acoustic and electronic sounds,Oh, Yuck is wrought with textural soundscapes grounded by programmed orchestral compositions, sprightly guitar lines and thrashing drums.

SO MUCH LIGHT albumdebuterar i Augusti med Oh Yuck!