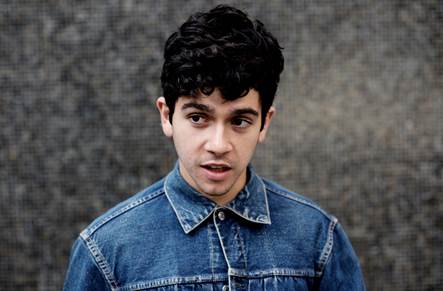 New wave pop artist, So Much Light (aka Damien Verrett), has announced his debut record Oh, Yuck. The self-produced album is set for release August 11 via Anti-.

In anticipation, So Much Light has released a track entitled “Be Afraid,” featuring Chicago artist Nnamdi Ogbonnaya. According to Verrett, “’Be Afraid’ is about Trump and the blind faith of his staunchest supporters. Despite telling them, ‘I’m a monster, be afraid’ the crowd cheers on.”

The video depicts a doll who is brought to life. As he becomes more animated, he revels in his new humanity, until he is forced to confront the turmoil that comes with it.

In a small suburban bedroom, So Much Light was born, an amalgam of man and character, story and history, natural and manipulated. Using his voice as a tool for progress, Verrett effectively pushes the boundaries of what pop music should sound like–and what it should say. Combining Drake’s vulnerability, the vocal affectation of The Weeknd and Jack Antonoff’s musical production prowess, Verrett created a socially conscious full-length debut, Oh, Yuck.

Utilizing both acoustic and electronic sounds, Oh, Yuck is wrought with textural soundscapes grounded by programmed orchestral compositions, sprightly guitar lines and thrashing drums. Lyrically, Verrett puts traditional R&B tropes in a funhouse mirror and warps the genre’s bravado into a parody of itself.