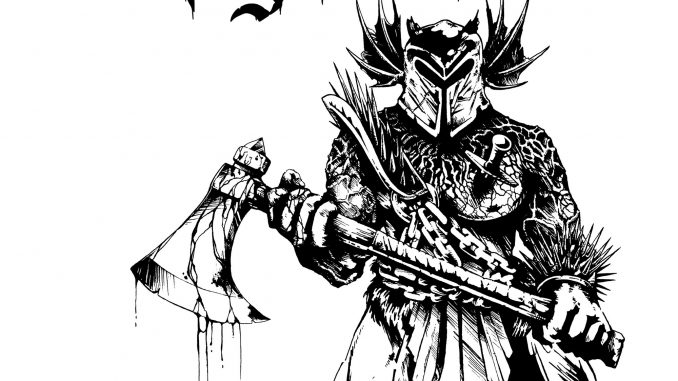 “Nihilist Lament” is the opening track from Highriders new album “Roll For Initiative”, set for release on The Sign Records the 15th of September. A metallic and raw debut filled with Scandinavian high energy heavy metal. Roll For Initiative holds 8 tracks that mixes thrash, metal, 70´s, doom, punk and hardcore. Highriders hometown Gothenburg have always been a breeding ground for clashes of the extreme. Highriders debut album is a disturbance between genres and follows up on the band’s praised EP-release “Armageddon Rock” (2016, The Sign Records). Highriders new album “Roll For Initiative” is nuclear destruction on it´s own, high energy, over the top music mutation beyond this world.

Roll For Initiative was recorded by Ulf Blomberg in HoboRec Studio. The production got a greater and more magnificent sound then on Highriders previous release. The larger production and a more profound songwriting can be heard on tracks as “The Greater Monkey”, “Vagina Al Dente” and “Emotional Werewolf”. At the same time there are a raw, pissed off and furious primitive force in songs as “Nihilist Lament” and “Batteries” that forge together the album to a much needed high energy outburst in 2017.