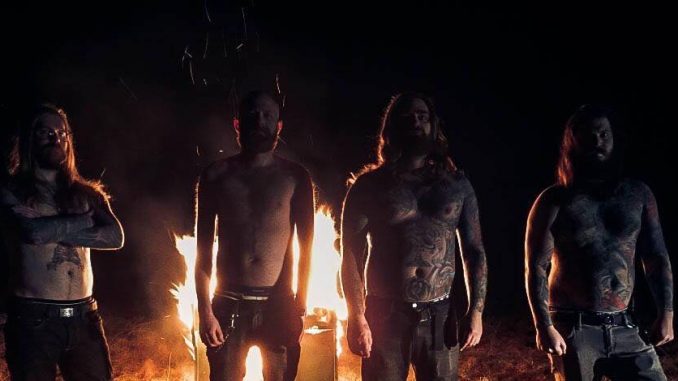 Highrider will release their new album ‘Roll For Initiative’ the 15th of September on The Sign Records. The new album can be described as the boiling point of scandinavian thrash, metal, 70´s, doom, punk and hardcore. It´s a metallic and raw debut from Gothenburgs Highrider filled with Scandinavian high energy heavy metal. The band have recorded their new album with Ulf Blomberg in HoboRec Studios. As a first sneek peak of the new album the band release a live session done in HoboRec Studios with the new song ‘A Burial Scene’.

Highrider released their EP ‘Armageddon Rock’ on The Sign Records 2016. The EP gave a first glimp on the organ driven US-influenced Heavy Metal that created a uniqe sound with their Swedish heritage.