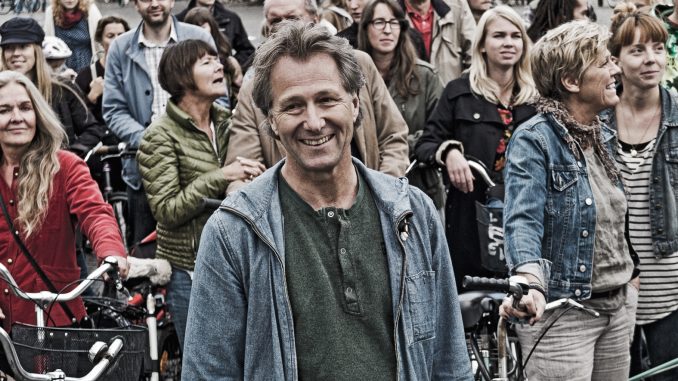 Fredrik Gertten, owner of WG Film and director of films such as Becoming Zlatan, Bikes vs Cars and Big Boys Gone Bananas!*, has been appointed the Honorary Doctor’s title at the Faculty of Culture and Society at Malmö University. Portraying the ordinary person from a below perspective, he wants to use his stories to make a difference.

– “I am very happy and honored to be appointed the Honorary Doctor’s title” says Fredrik Gertten, “but it is probably the most unexpected call I have gotten in my entire life, when the Faculty of Culture and Society contacted me. I have not graduated from high school and don’t have any academic points.”

– “This nomination is also a recognition for documentary film, a genre that is today stronger than ever, with a global audience.”

The WG team congratulates Fredrik on the well deserved recognition!

UK PREMIERE OF “DEAD DONKEYS FEAR NO HYENAS”
Last week, Joakim Demmer’s Dead Donkeys Fear No Hyenas had its UK premiere with Sheffield Doc/Fest, where it was nominated for their environmental award. Both Joakim and producer Margarete Jangård were there for the screening and Q&A. The film has now been nominated for CPH:DOX’s F:ACT Award, Docville’s ConScience Award, Dok.fest Munich’s Dok.horizonte Award and was the winner of San Francisco Green Film Festival’s Green Tenacity Award.

Next up, the film heads to Washington DC for a DC Environmental Film Festival special screening at E Street Cinema on June 29th.