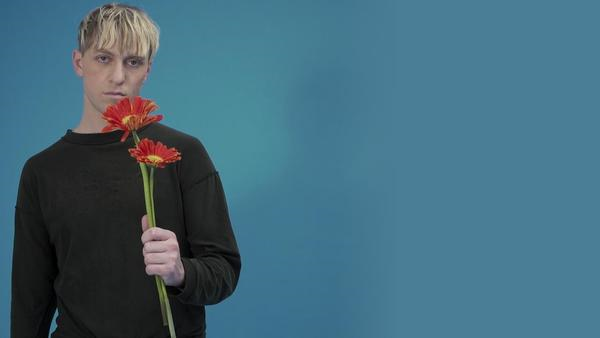 Praise for “Abysmal Thoughts”:
“This is the Drums you know, and indeed, you’ll feel compelled to answer back that you love them too.” – Pitchfork
“Absolutely irresistible” – Billboard
“bouncy, lovestruck” – Consequence of Sound
“Indie pop gems” – SPIN
“Given the title, you can probably already tell that ‘Abysmal Thoughts’ is far from sunny, but what Jonny manages to do is craft a record that is somber and reflective yet also thrilling.” – DIY Magazine
“Despite professional and personal heartache The Drums are stronger and more electric than ever with fourth LP Abysmal Thoughts.” – Raw Meat

Today The Drums make a triumphant return with “Abysmal Thoughts,” the band’s fourth studio album, their Anti- debut and their first new music in over three years. A true return to form, “Abysmal Thoughts” was born out of heartbreak and is an unflinching autobiography with frontman Jonny Pierce back in full control of the band. Pierce’s masterful pop sensibility shines through on this quintessential Drums album, and it’s some of the most revelatory work he’s ever done.

The Drums will take “Abysmal Thoughts” on the road this Summer. See below to find a show near you, and get your tickets HERE.

To celebrate the release of his new album, Jonny Pierce will hold a Facebook Live Q&Atoday at 7:00 PM BST / 8:00 PM CEST.Tune in then for the “Abysmal Q&A” HERE.

Across a year and three months of home recording between Los Angeles and his cabin in upstate New York—with the same guitar, synthesizer, drum machine and reverb unit he’s played since the beginning of The Drums—Pierce put together “Abysmal Thoughts.” With help from engineer Jonathan Schenke (Parquet Courts, Mannequin Pussy and more), Pierce is realizing his own personal vision for the Drums on this record. He’s back to not just writing all the songs by himself but playing every instrument, too. It is a vivid self-portrait, alive with the hyperdramatic emotional potency of the Smiths, the arch literary pop moves of New Zealanders like the Verlaines and the Clean, and the riotous clatter-punk power of the UK DIY bands of 1979.