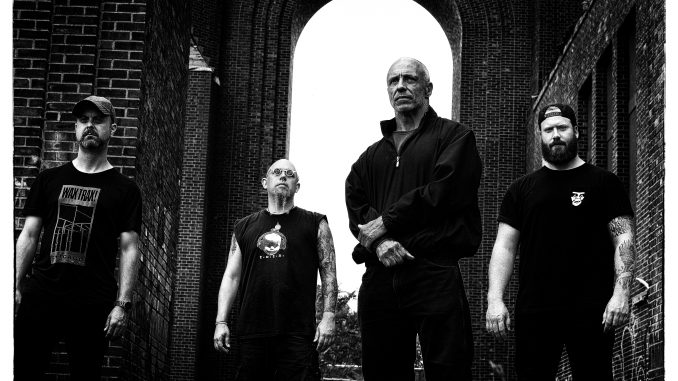 “as detailed and cacophonous as they’ve always been” – Pitchfork

Controlled Bleeding is an experimental music group based in Long Island, New York. The group was founded by Paul Lemos, the group’s only consistent member. Most of Controlled Bleeding’s released recordings feature two main collaborators, Chris Moriarty and vocalist Joe Papa, who both passed away in the late 2000s.

Since their first full-length release, Knees and Bones, in 1983, Controlled Bleeding have released a number of albums spanning several different genres, many of which were released on notable independent labels. Their cross-genre approach combined with the out-of-print status of many of the group’s early releases is reminiscent of the work of other experimental groups of the 80s and 90s such as Coil and Swans. But Bleeding continues today, creating strange new works, perhaps the most challenging of their long career.
In 2016 the group signed with Toronto-based Artoffact Records to reissue their extensive discography, as well as to release their first all-new studio album in over 10 years, Larva Lumps & Baby Bumps. The release received praise from Pitchfork, the Wall Street Journal, Outburn Magazine, Decibel Magazine, and many other reputable media outlets.

The remixes range from straight up power noise, to post-black metal, to industrial-influenced beats, and are as varied as Controlled Bleeding itself, a project known for being impossible to classify. An essential release in the long, storied history of one of America’s foremost experimenters.