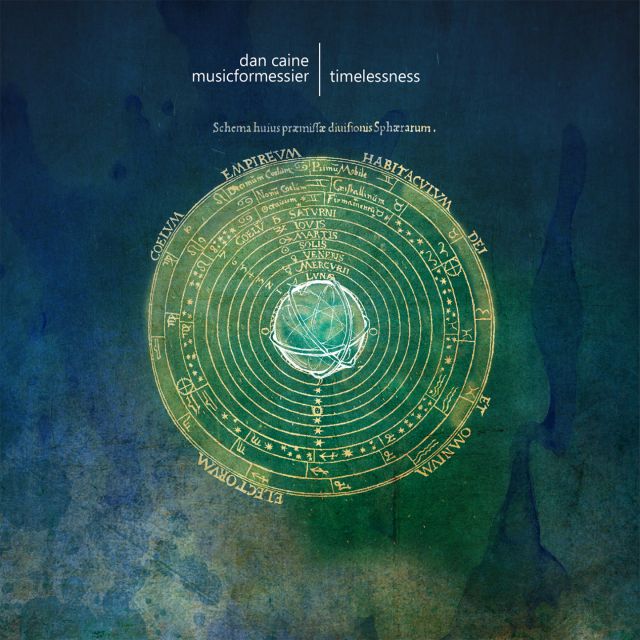 Timelessness is a collaboration between two inspired ambient guitarists: Dan Caine from England, and István Csarnogurszky from Hungary, under the alias “Musicformessier”. It is an album of peaceful, transcendental and atmospheric songs, where the profound, emotive guitar lines and textures of Dan Caine converge and harmonise with the poetic, cosmic tones of Musicformessier. The colliding and interweaving effected guitars, vast, ethereal soundscapes and haunting melodies make Timelessness a unique and interesting album. Dan Caine is ambient / post-rock musician from Merseyside, England. A pioneer in the movement, Caine uses powerful, layered guitar melodies to create an atmosphere of an intense range of thought and emotion as he explores the depths of the human psyche. Musicformessier is the ambient/post-rock musical project of Csarnogurszky István, a 38 years old, self taught guitarist from Hungary. He formed Musicformessier to present his enthusiasm and passion of easy listening, yet demanding guitar based music. The album “Timeless” abounds with emotion and atmosphere throughout, as well as a profound, affecting energy that touches the soul of the listener. From the opening track, “Aeon”, where the cosmic strings and spacious guitar lines introduce the tone of the album, the listener’s mind is carried to another dimension, and taken on a lucid journey through the infinity of space and time. By the final track, “Theories”, we are left with a calm, serene feeling and a sense of infinite possibility, drifting peacefully and effortlessly through the boundless, timeless cosmos.

SVARTANATT släpper The Children of Revival