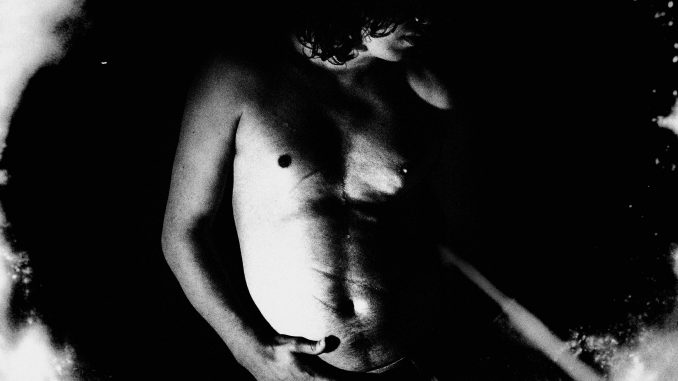 It’s Trevor Sensor’s voice you notice first. A deep bubbling black tar pit of a sound, it is a voice with a weight of history behind it and whose unique timbre resonates far beyond the constraints of the songwriting format. It is the sound of sap oozing from a tree trunk, plumes of smoke spiralling from a forge, broken glass crunching on gravel under a solitary street-light. It’s a voice that demands the listener reaches for a new vocabulary.

The twenty-three year old’s debut album Andy Warhol’s Dream is part of a literate folk lineage that runs from Woody Guthrie and Bob Dylan through Tom Waits and onto the likes of Bon Iver, Bright Eyes and Sufjan Stevens today. It stretches into the pioneers of jazz – Louis Armstrong and Dizzy Gillespie are cited as influences too. It’s an unflinching honest album with a timeless quality, transcendent in its exploration of self and sonically a collision between the classic and the forward-thinking.

The album’s title refers to Warhol’s prophesy of a world in thrall to twin false idols of fame and celebrity. “His ‘15 minutes of fame’ prediction is clearly visible today” he explains. “I’m only really referencing Warhol as a vehicle for the ultimate representation of celebrity culture because of his repeated Marilyn Monroe or Elvis paintings or whatever. But now we’re in a post-God society that is finding new golden calves to worship, that is moving beyond that.”
‘Stolen Boots’ finds Sensor wandering alien European streets, encountering drag-queens and gin-drinkers while ‘In Hollywood, Everyone Is Plastic’ chronicles one more Midwest soul lost in the pit of sin before the dreams in ‘Starborne Eyes’ of retreating deep into the mountains forever. ‘On Your Side’ meanwhile is an anthem that is nothing less than a soothing balm for these turbulent times.

Wise beyond his years, Sensor also remarks upon the facile nature of a banal 21st century entertainment world that registers success only by social media peer approval: “I’ve grown up in a devalued music culture where the artist is increasingly a slave to the populace,” he sighs. “But at the same time my generation is very informed about the past. So the challenge here is to make the art for myself and people like me and hope that it is original and lasting.” He also speaks of a generation raised post-9/11 and Iraq, one born of high divorce rates, media overloads and internet anxiety whose coping strategy is to retreat into emotional suppression.
Yet on these eleven songs Sensor goes the other way: he doesn’t so much wear his heart on his sleeve as fling it out in the darkness of the front rows that sit beyond the glare of the single blinding spotlight. This is the sound of one man’s soul laid bare, facing life head on. It is an attempt to makes sense of a senseless world and all its many dizzying, dazzling flavours.