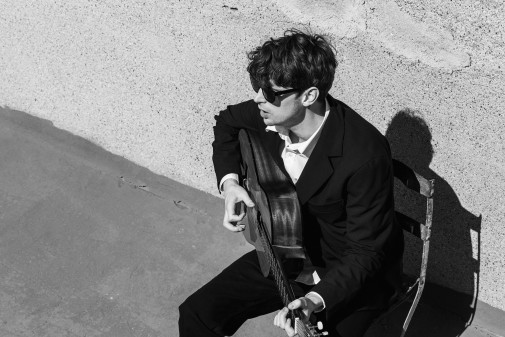 Modern day troubadour Albin Lee Meldau has released “Persistence,” the propulsive lead single from his forthcoming Bloodshot EP, an impressive 5-song display of Albin’s deeply affecting songwriting and “profoundly arresting voice” (NPR Music) that will be released July 21 on Astralwerks (Sony Music in Nordics). The singer-songwriter will make U.S. appearances next week with an NYC showcase at the Reeperbahn Festival at Pianos on June 7, and a debut performance at Bonnaroo on June 9.

2017 is shaping up to be a breakthrough year for Albin, who hails from Gothenburg, Sweden, the son of a Swedish jazz singer mom and a British punk rocker dad. In March, NPR Music named him one of their must-see artists at SXSW and premiered his powerful video for “Lou Lou.” He has already notched more than 21 million streams on Spotify with “Lou Lou” reaching #1 on Spotify’s Viral 50 chart in five countries.

Hear Albin talk about his music and message here.

“Albin Lee Meldau has a profoundly arresting voice that delivers an emotional gut punch with every brooding phrase.”
—NPR MUSIC

“his brand of brooding, melancholic pop, which is emphasized by his deep, soulful vocals, is impossible to ignore.”
—Huffington Post