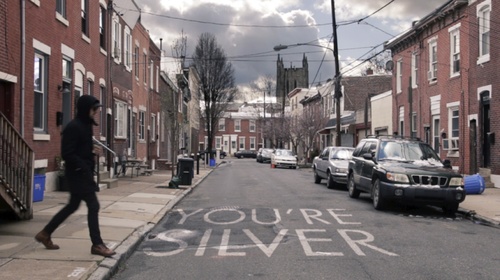 “Dave Hartley’s latest album is his most ambitious record yet, one that takes him out of his bedroom and places him out on the open road with deep shades of mysterious Laurel Canyon folk-rock.” – Pitchfork

“I Can Feel the Night Around Me is disjointed from time and space, existing in the non-place where inner lives are lived.” — Paste

“Dave Hartley has an eclectic musical sensibility that seems to offer something for anyone, anytime.” – PopMatters

Nightlands, the project of Philadelphia’s Dave Hartley, recently released his third album, I Can Feel the Night Around Me, via Western Vinyl. Throughout, Hartley layers his voice conjuring some of the most beautiful virtual choirs in modern music. His use of meticulous choral arrangements and wistful major-seventh chords evoke a longing for a future that once lay ahead, but has drifted out of reach.

After presenting the video for lead single, “Lost Moon,” Hartley now shares the video for perhaps the album’s most immediate song, “You’re Silver,” directed by Daniel Fox and Matthew Marchlewski. As described by Hartley, “We like to imagine our favorite albums being created in a beautiful burst of inspiration. The reality is just work. You get your coffee, you go to the studio, and you chip away. For me, my inspiration was 3000 miles from my studio. The video captures the vibe of the record really well — conceived in the Big Sur sunshine, born in the cold of Philadelphia. Images of the California coast, specifically Big Sur and the Lost Coast psychedelically meld with the urban topography of Philly.”

Purchase Nightlands’ I Can Feel The Night Around Me:
via Bandcamp
via iTunes
via Amazon
via Western Vinyl