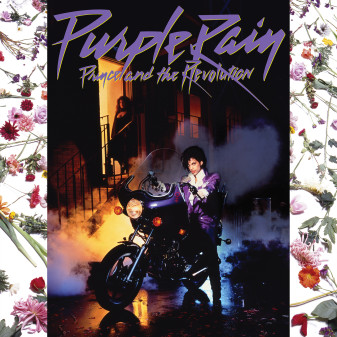 A special fan pre-order goes live on Friday, April 28 and unlocks an instant grat download of the previously unreleased “Electric Intercourse.” Recorded in 1983 and heard only in its live incarnations, this marks the very first time fans will experience the studio version of this song.

The two-CD Purple Rain Deluxe set includes the official 2015 Paisley Park Remaster of the original tapes from the soundtrack, presenting an unheard vision of the album overseen by Prince himself before his untimely 2016 passing. The From The Vault & Unreleased disc boasts eleven gems unearthed from the heart of Prince’s storied vault. Beyond “Electric Intercourse,” the tracklist features much sought-after rarities such as 1984’s “Our Destiny / Roadhouse Garden,” the 1983 instrumental “Father’s Song” and more.

Six tracks that have never been released or distributed in the collector or bootleg community include: “Possessed” – the ’83 Prince solo version, never heard before; “Electric Intercourse”- the studio version not known to exist before it was discovered at Paisley; “Father’s Song” – a full, five plus minute version that prior to this fans could only find a minute and half snippet of in the movie; “We Can Fuck” – a track that has never circulated as the full, 10 minute version with these lyrics; and “Katrina’s Paper Dolls” – a finished master of the song, which has previously only circulated as a demo. Additionally, all of the material is taken from the source and mastered by Bernie Grundman, the mastering engineer who worked on the original album.

In addition to the Original Album (2015 Paisley Park Remaster)and From The Vault & Unreleased, the Purple Rain Deluxe – Expanded Edition presents a third disc of Single Edits & B-Sides, as well as the concert DVD Prince And The Revolution Live at the Carrier Dome, Syracuse, NY, March 30, 1985. With audio and video restored from the original production master tape, it offers an exclusive vignette into the passion and power of his legendary live performances during one of the artist’s most celebrated eras.

The DNA of Purple Rain can be felt throughout pop culture at large. It is a timeless body of work with an immortal resonance exemplified by smashes such as “Let’s Go Crazy,” “When Doves Cry,” “Darling Nikki,” the title track “Purple Rain” and more. 1984’s Purple Rain remains a high watermark for Prince, changing the worlds of film and music. In its initial run, the theatrical musical generated over $220 million worldwide at the box office against an estimated $7.2 million budget, while receiving the Academy Award® for “Best Original Song Score.” Minted Diamond by the RIAA for sales exceeding 13 million, the record stands out as the sixth best-selling soundtrack album in history, moving more than 22 million copies. Hailed by Vanity Fair as “the best soundtrack of all time,” Time Magazine placed it as the 15th greatest album ever. The album won two 1985 GRAMMY Awards® in the categories of “Best Rock Vocal Performance by a Duo or Group with Vocal” and “Best Album of Original Score Written for a Motion Picture or Television Special.” Posthumously, it was honored as “Favorite Soundtrack” at the 2016 American Music Awards. It was also recently nominated for a 2017 Billboard Music Award in the category of “Top Soundtrack/Cast Album.”

Below is the complete tracklist for both editions.

Includes Disc One and Disc Two as Listed Above

Prince endures as one of the most important, influential, and impactful artists in history. Selling 100 million records worldwide, he remains one of the best-selling artists of all time.

A 2004 Rock and Roll Hall of Fame Inductee, he garnered a 1985 Academy Award® in the category of “Best Original Song Score” for the film Purple Rain, a total of seven GRAMMY Awards®, a 2006 Golden Globe Award for “Best Original Song” in Happy Feet, and an American Music Award, among countless other accolades. He holds #27 on Rolling Stone’s list of the 100 Greatest Artists. 1984’s Purple Rain remains a high watermark for Prince, changing the worlds of film and music. Minted Diamond by the RIAA for sales exceeding 13 million, the record stands out as the sixth best-selling soundtrack album in history, moving more than 22 million copies.

Known for his marathon shows, he delivered countless historic performances such as the Super Bowl XLI Halftime Show. Enchanting the modern era, he headlined festivals such as Coachella and Montreux Jazz Festival, in addition to selling out arenas and stadiums everywhere. Along the way, he collaborated with everyone from Michael Jackson, James Brown, Beyoncé and Amy Winehouse to Tom Petty, Madonna and Mary J. Blige. In 2016, Prince passed, but his spirit continues to shine in the hearts and minds of fans worldwide. President Barack Obama lauded his legacy as his music blared from every corner of the globe. Ushering his talent to the forefront of the digital age for a new generation, Warner Bros. Records along with NPG Records re-introduced some of his legendary catalog to streaming platforms in early 2017.