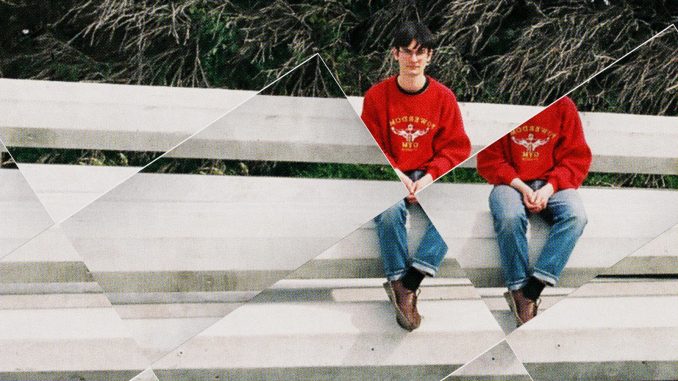 Kane Strang has announced his new album, Two Hearts and No Brain, out June 30th on Dead Oceans. Along with the announcement he’s sharing the new single, “My Smile Is Extinct.” It’s the follow up to lead single, “Oh So You’re Off I See,” his first taste of new music since 2016’s Blue Cheese, which was shared ahead of Kane’s first ever North American tour last month.

Two Hearts and No Brain is pure pop genius from start to finish. It’s hard to imagine who else could convincingly fuse fuzzy synths with slide guitar; crunchy chords with chiming vocals in such a kaleidoscopic pop vision. The album’s cover art, featuring a refracted analogue photograph taken of Kane atop of a rocky precipice; echoes the spirit of lean guitar-pop shining through a truly contemporary, innovative lens. His attention to detail shows up the fat slack present in the work of many of Kane’s contemporaries; yet his sound remains emotive and playfully laced with a tongue-in-cheek nostalgia – timelessly old and new in the same breath.

What sets Kane apart from the rafts of DIY indie songwriters is a willingness to push further. Having mastered the lo-fi aesthetic, he’s stretched his already limber songwriting legs and production chops to new unexpected spaces on Two Hearts and No Brain. Kane’s vision of extending his sound far beyond the bedroom promises international touring and releases the world over. With a live show that exhibits his unpredictable and exhilarating command on stage, Kane’s amassed a band of cohorts to execute his vision with arresting impact, sure to charm crowds with his sideways slant of guitar pop.

Listen To Kane Strang’s “My Smile Is Extinct”:

Pre-order Two Hearts and No Brain