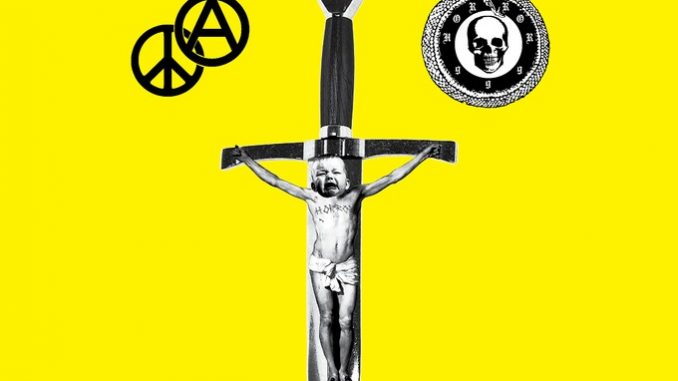 L.A. by way of New Jersey hip hop/punk mutants, Ho99o9 have announced their debut album United States of Horror do out May 5th via their own imprint Toys Have Powers through Caroline. Their first offering from the album, the title track produced by David Andrew Sitek of TV on the Radio, was premiered by Zane Lowe at Beats 1. Additionally, starting May 17th in Santa Ana, CA and wrapping up June 11th in Miami, Ho99o9 will be heading out on their first national US tour. The 20 date tour will include a home town stop at LA’s Echoplex, Chicago, Toronto, DC, Brooklyn and more.

The group recently played SXSW and was one of the band NPR Music picked as their favorite shows comparing them to bands like Bad Brains and Black Flag: http://www.npr.org/sections/allsongs/2017/03/17/519722776/what-we-loved-at-sxsw-on-thursda. Ho99o9’s first showcase at SXSW ended after just two songs when it was shut down by the security for being a bit to “intense”…

Formed by theOGM (Jean) & Yeti Bones (Eaddy) the band is an amalgamation of punk, rap , militancy, industrial, metal and hardcore creating what they describe as Deathkult and what The New York Times describe as “slow subwoofer-abusing hip-hop, death metal, thrash, wriggly synthesizer tones, punk, post-punk, some splotches of pink noise…”