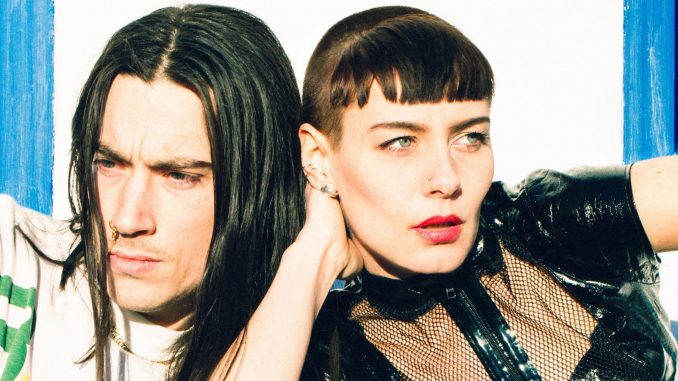 Today Blondage drops their new single “Stoned” – a badass love anthem for the summer of 2017. With a production full of attitude and playfulness, the song leads you through a summer day at the pool seen through the eyes of a dizzy, lovestruck girl. The unique sound and vibe of the duo Blondage are perfectly combined in this sun-kissed track.

“The vocals were recorded while Pernille was sitting on the floor wrapped in blankets just after waking up from a late night out. It was like the chorus wrote itself. The song is about experiencing love through a haze, like you’re seeing yourself from the outside. Everyone who matters to you is right there and you never wanna leave.” – Esben Nørskov Andersen of Blondage

“There’s this raw beauty to experiencing a love that’s alien to you at first. Like a girl falling in love with another girl for the first time. The sounds, the words and the melody fit each other so well. When I hear it I’m there, diving head first into the deep end.” -Pernille Smith-Sivertsen of Blondage

Blondage has had a great run writing new songs since the release of their self-titled debut EP last fall and they’re ready to share a handful of signature tracks in 2017 of which “Stoned” is the first.